Brewing alcohol is an ancient technology and cultural tradition. Before convenient technologies like refrigeration, irradiation, vacuum sealing (canning) – it was difficult to preserve food calories for long periods of time. One method of saving grains is dry storage. Another is fermentation. Early techniques were crude – beer and wines were rude to the taste, but effective.

Chris Garrett, the owner of Devil’s Canyon Brewing Company, has elevated the art, science, and business of beer-making to an inspired level. The company’s practices have earned them a 2015 Sustainability Award. You won’t want to miss the event, where you’ll learn much more about the brewery from our video reel of their work. I recently joined SSMC’s awards videographer for a private tour of the facilities and I took several snapshots. Here is my impression: 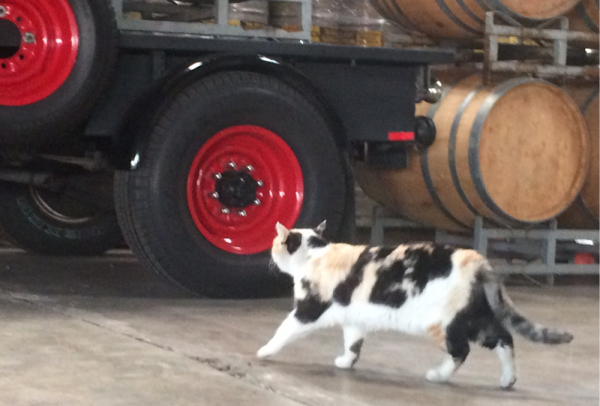 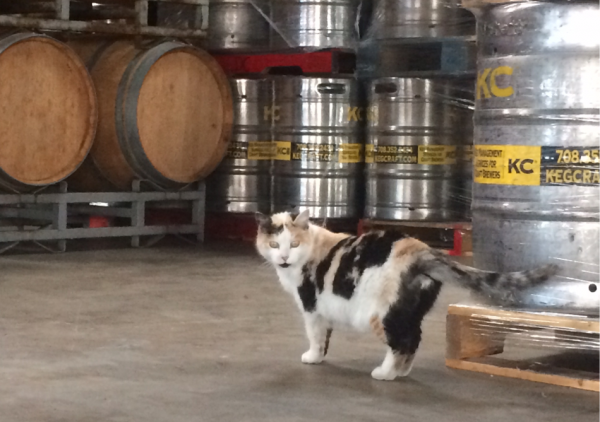 I couldn’t resist taking a photo – such a handsome animal

Chris has a diverse background and has worked at several major corporations in and out of Silicon Valley. He grew up farming in the southwest before coming out to California. That was where he learned the ethic of “re-utilization” and inventiveness that he applies in his business today. Most of the equipment in the brewery is second-hand, salvaged and re-furbished by the staff. They get equipment off Internet auction sites and from defunct companies tossing stuff out. After bringing the salvaged equipment on-site, they clean it and restore it to working order for use or resale. 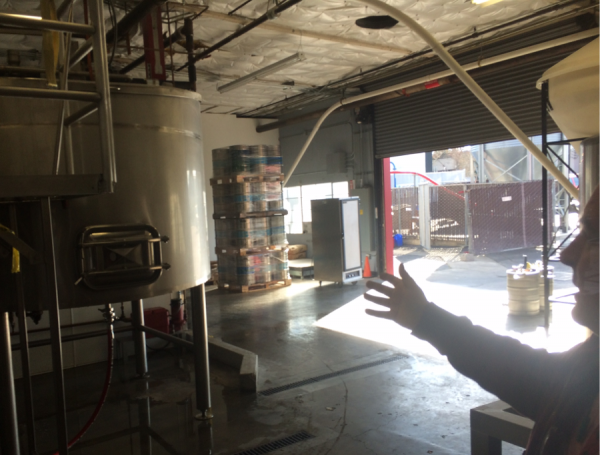 I was looking through the collection of salvaged materials in their warehouse – and one item in particular stood out from the massive centrifuges and the bright cherry red truck – rows of wooden chairs, connected in series like you would see in a stadium. I asked Chris where they had come from. “The former Bay Meadows racetrack.”

It turns out, he had taken his wife to see a race on their first date – and when the facilities were torn down – he saved the seats that they had sat in that fateful day.

What makes romance so exciting is that we can never predict how weaving ones life’s course with that of another will change your life. Devil’s Canyon Brewing Company holds regular mixers for the public and hosts wedding ceremonies, as well as memorial receptions. I wonder how many new relationships are facilitated under the roof of this magnificent brewery, how many friends and loved ones are given a final send off. Be sure to visit Devils’ Canyon yourselves on a Friday to get a firsthand look. 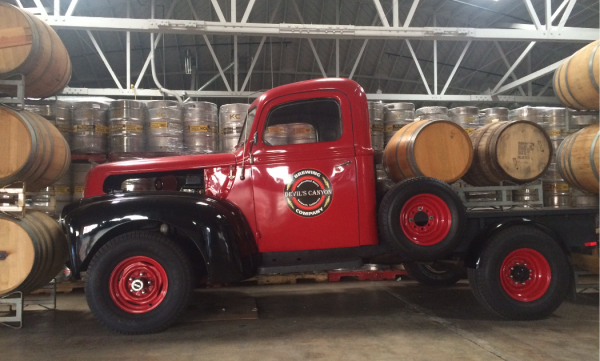 I could also talk at length about the methane reactor prototype, where the name “Devil’s Canyon” comes from, or how refreshing their root beer is – but what really drives this marvelous enterprise is the fact that it is a passion project – and it shows. The brewery is the most publicly visible part of the whole operation, but behind-the-scenes there is more going on besides making world class award-winning (and tasty tasty) beer: bringing people together and sustaining a vision of a better, environmentally conscious society. 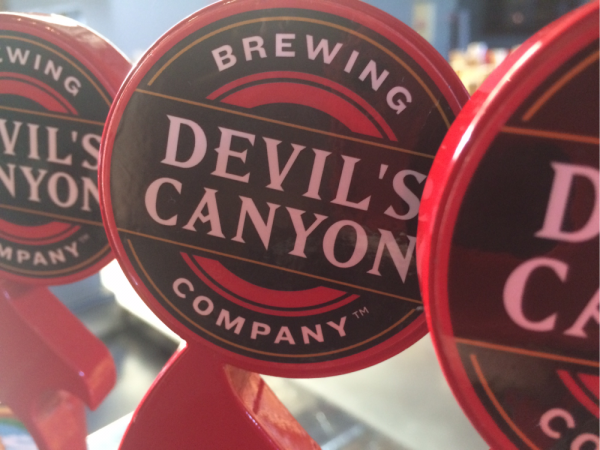 Close-up of the beer taps