Calm Down! Completing our Streets

Calm Down! Completing our Streets

All images are sourced from the City of San Mateo’s Sustainable Streets Plan @ http://sustainablestreetssanmateo.com/downloads/

In my first blog post I mentioned that the City of San Mateo is slated to redevelop its streets over the coming years. I feel compelled to write in more detail about these improvements as a cyclist and pedestrian. I haven’t owned a car in six years. My daily commute can be hair-raising. I’ve been nudged by an SUV whilst riding my bicycle in a dedicated bike lane. Two weeks ago I was nearly run over by a sloppy driver while I traversed a busy intersection at a dedicated crosswalk – despite having the right of way as indicated by the traffic lights. 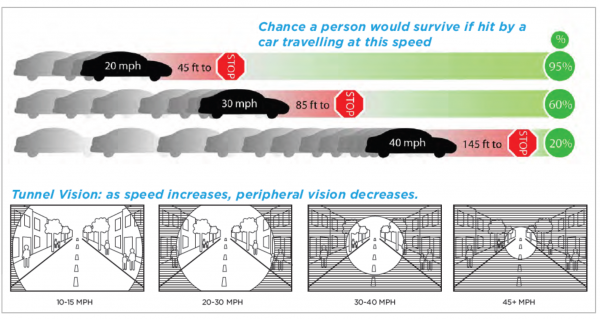 The Sustainable Streets plan is targeted at several neighborhoods, intersections and sidewalks in or near central San Mateo. The redesign plan has been going through phases of public comment and governmental review. I’ve been attending the Taste and Talk info sessions at the San Mateo Library. I’ve also been reviewing the public draft of the proposal that has been put forth. It is not clear to me if the plan has been completed and officially approved for implementation as yet – I sent an email to the planners for comment on this and I will update this post when I receive a reply.

The goal is to convert our roads into “complete streets” to help ease the commute for local residents, improve safety, and also to focus on city beautification and improving the environment. 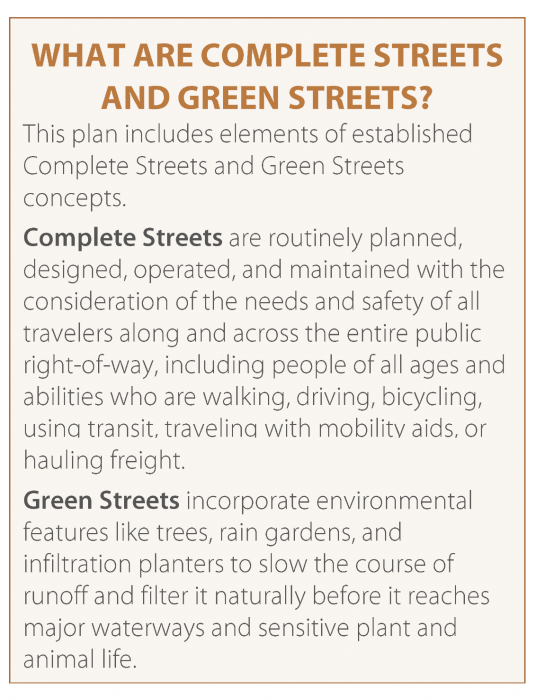 The most important aspect of a complete street to me is that it reduces the dominant influence of cars. It is a plain fact that not everyone can have a car. Our streets are at capacity and worse traffic problems and slowdowns are projected for the next five years in the Bay Area. Public transit is seeing record numbers of riders. The complete streets plan has analyzed data on the most accident prone areas in San Mateo and has prepared redevelopment plans for the most dangerous areas. So how do you reduce traffic fatalities, air pollution and traffic congestion with this plan?

It’s called “traffic calming”. First, you make non-car options more attractive by enlarging sidewalks, establishing bike lanes, and making bus stops more comfortable. Secondly, you slow down cars. In some cases, traffic lights are replaced with signage to encourage drivers to yield to pedestrians and bicyclists. Other options include the installation of speed cushions and traffic circles. Instead of idling at a red light when there is no cross traffic, a driver can drive more slowly through a neighborhood, observe the surroundings, and negotiate right of way with anybody else present on the street. In the majority of cases this actually speeds up the overall traffic flow despite the fact that cars are made to move slower. On a complete street, traffic is moving continuously.