When we speak about sustainability, we do so with emphasis on long term thinking. There are some things worth preserving – like our natural heritage – that require planning on an inter-generational timescale. One of the quintessential symbols of the Northern Californian natural landscape are redwood trees. Their grandeur and majesty are obvious to anyone who has gazed upwards from standing at the base of one of these trees – the largest in the world. 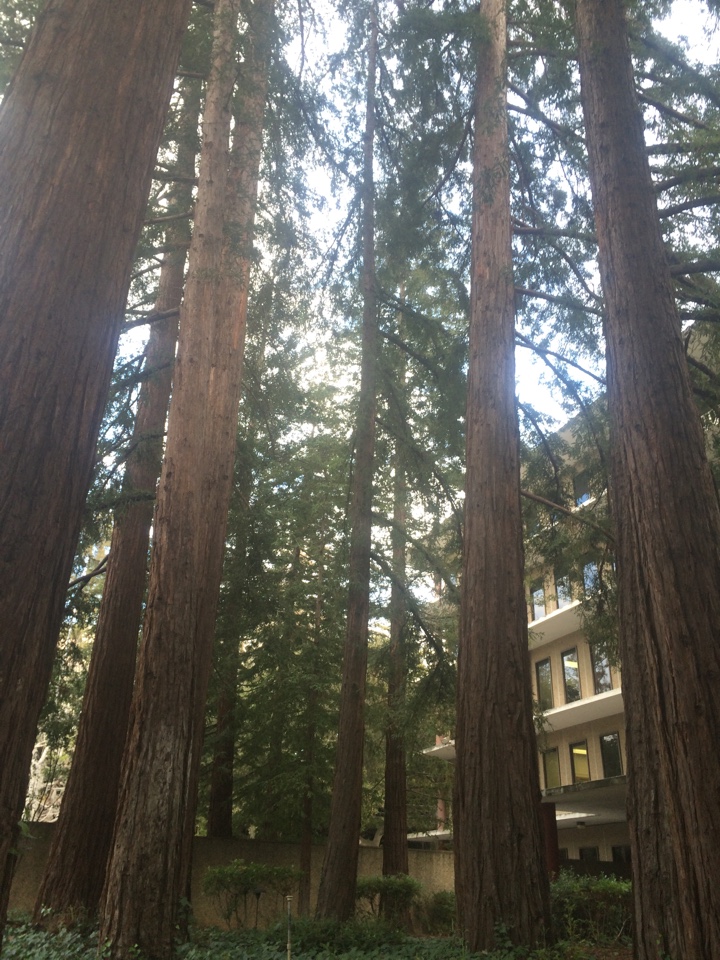 The sources I found say that 90-96% of redwoods in California were logged with abandon from the mid 1800s well into the 1960s. There was also substantial logging in San Mateo County in places like what is now the Purisima Creek Redwoods Open Space. It was the utter devastation of a beautiful and productive ecosystem.

The Save-the-Redwoods League was founded in the 1918 and began conservation efforts by making private purchases of land containing redwoods. John Muir, the famous naturalist and writer, has a redwood park named after him in honor of his preservationist efforts. It was only later on that parks were established through government intervention specifically to save stands of redwoods.

I mention all this because it is a rare and special pleasure to come to work at Sustainable San Mateo County’s offices. Our headquarters are in the Bovet Professional Center, which was built in the middle of a redwood grove. The property was originally owned by the Borel family who first came to California in 1855 from Switzerland. I’m not sure to whom I can assign credit for the foresight in preserving these few survivors. Clearly someone recognized their value and constructed carefully around these remaining redwoods, as you can see in the my photos. 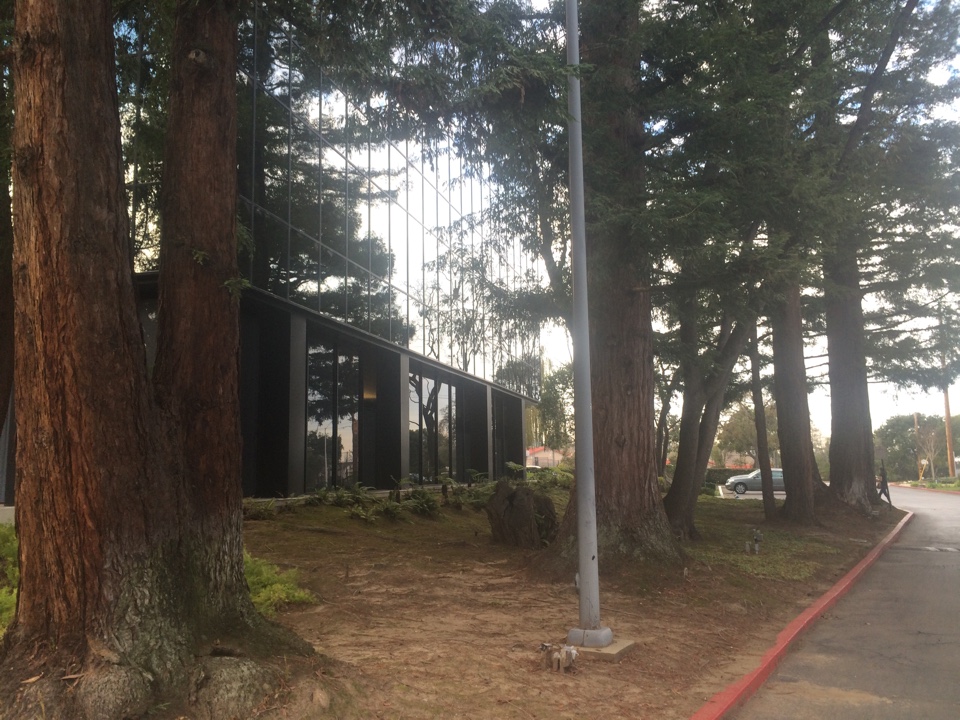 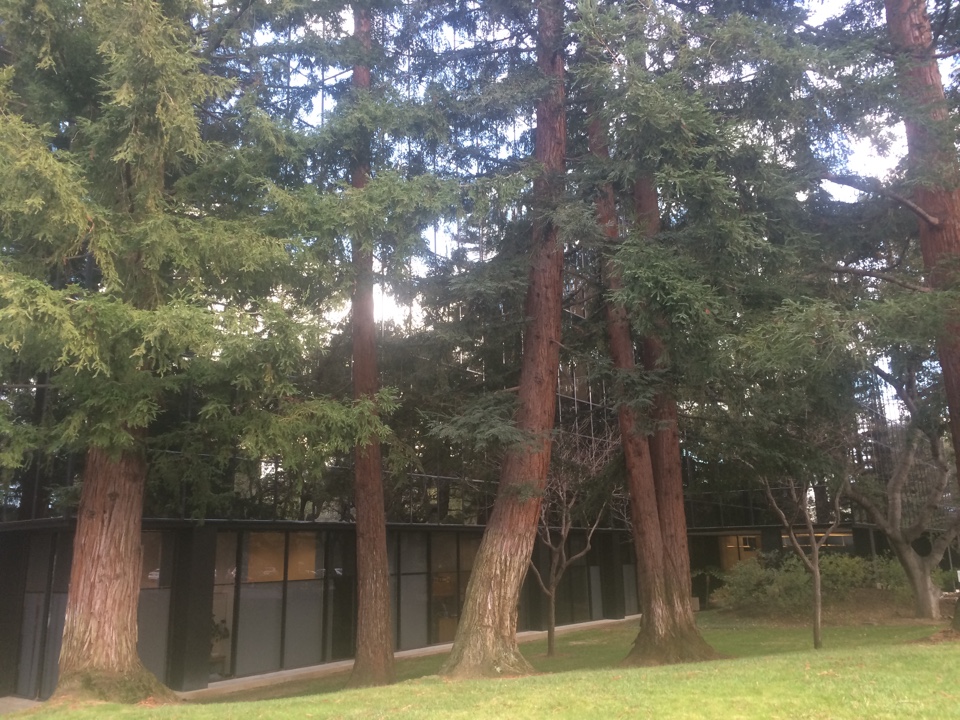 To have inherited these giants, these ancients, as rare landscaping presents a pertinent question: if we are to be stewards of our county moving forward, how do we recognize what we have now that may perish if we do not select it to be saved? 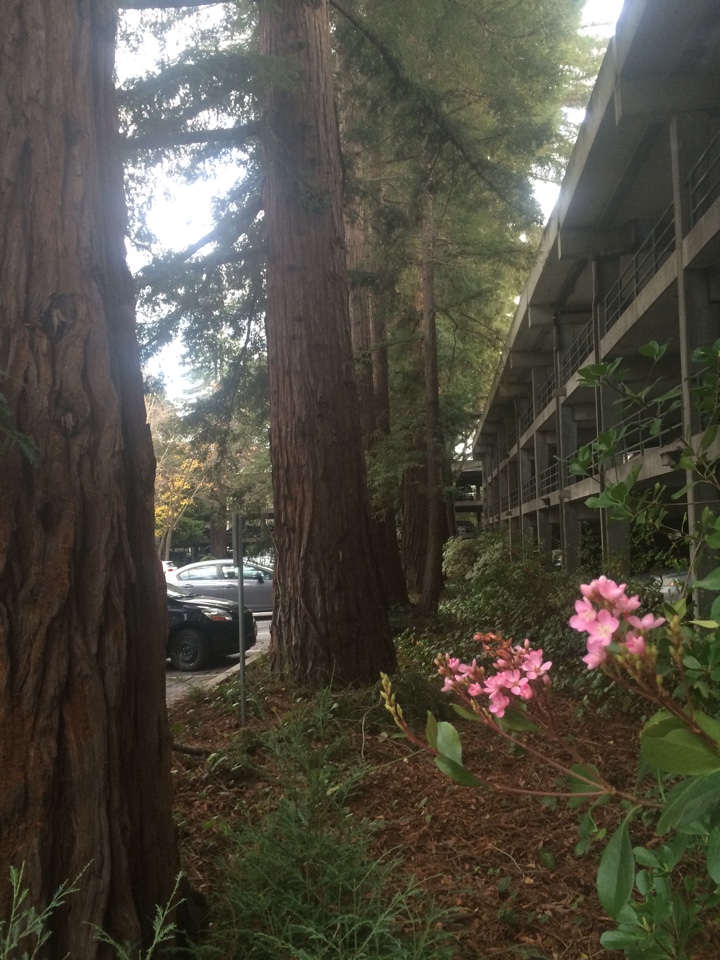