Workers are able to conveniently reach their jobs via a variety of low-carbon transportation choices, including public transit, walking, biking, and ride-sharing. 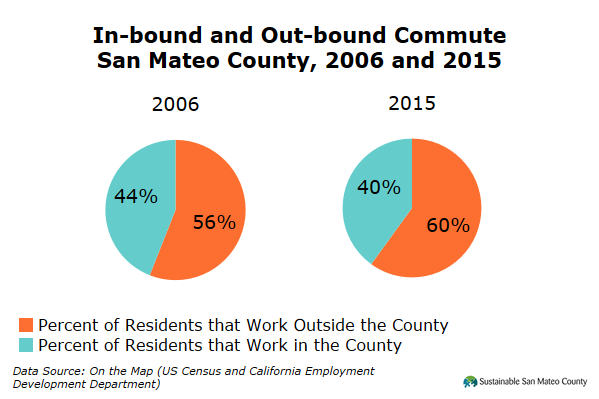 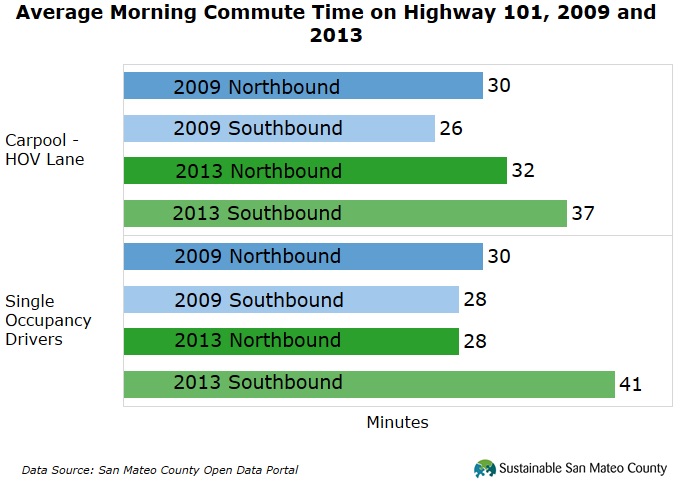 MTC’s Vital Signs website reports data on a variety of community sustainability factors at the regional and county level. An analysis of commute times in San Mateo County shows fluctuations that track with the local economy. More jobs mean longer commutes. Accordingly, county commute times have increased since 2010. In 2016, commuters in the county could expect to have an average commute of 29 minutes, compared to 25 minutes in 2011. In 2016, 57.8% of commuters had an average travel times of less than 30 minutes when driving alone, while only 6.5% traveled longer than 60 minutes. This is the lowest percentage compared to all other counties in the Bay Area. 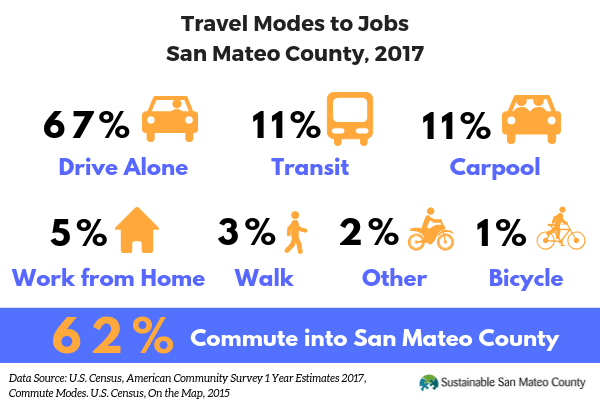 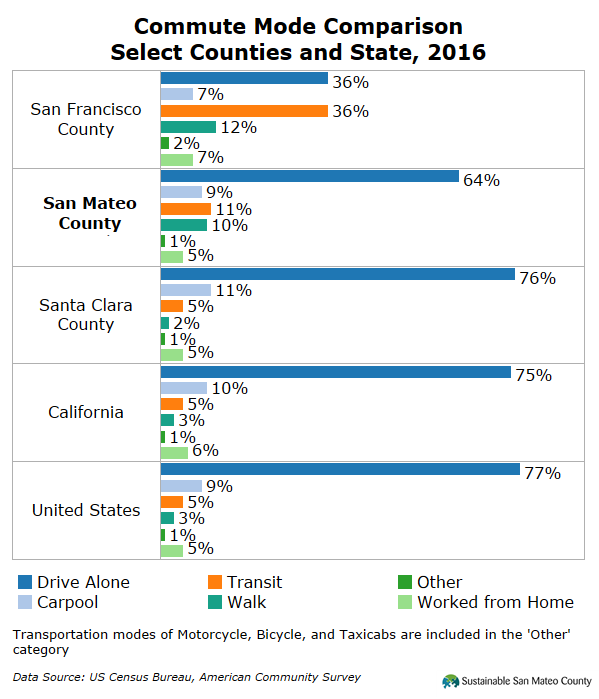 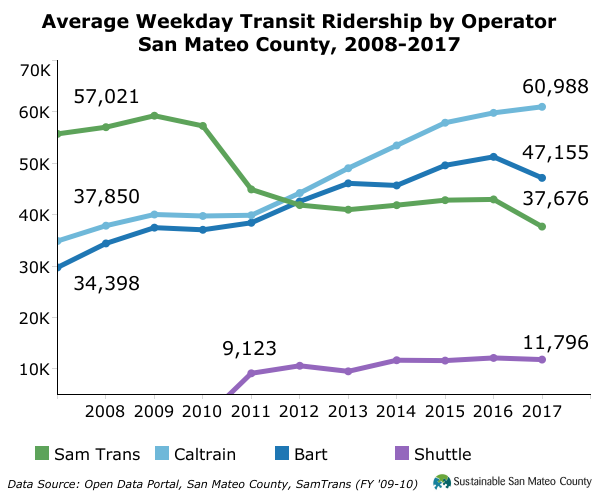 Public-Private shared parking facilities enable businesses to provide parking for workers during the day and the public in the evening. In Redwood City, the Box Inc. parking structure provides public parking in the evening and on weekends, and also allocates 75 spots for city vehicles and city employee parking during the week to create space at the nearby public library and City Hall.

Vehicle Miles Traveled (VMT) is the total number of miles driven by all vehicles in a given time period and geographical area. Factors influencing VMT include population, the state of the economy, personal income, number of registered vehicles per person, and fuel costs. Vehicle Fuel Consumption (VFC) is the total gasoline and diesel fuel usage on all public roads in a given time period, and it is influenced by VMT and fuel efficiency of vehicles. 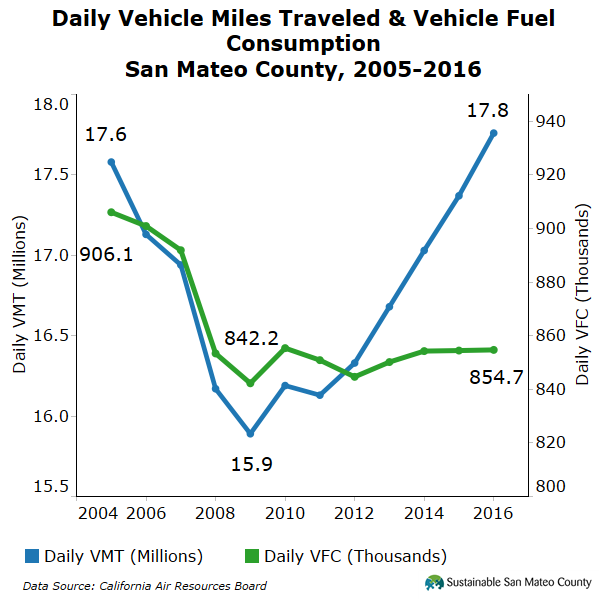 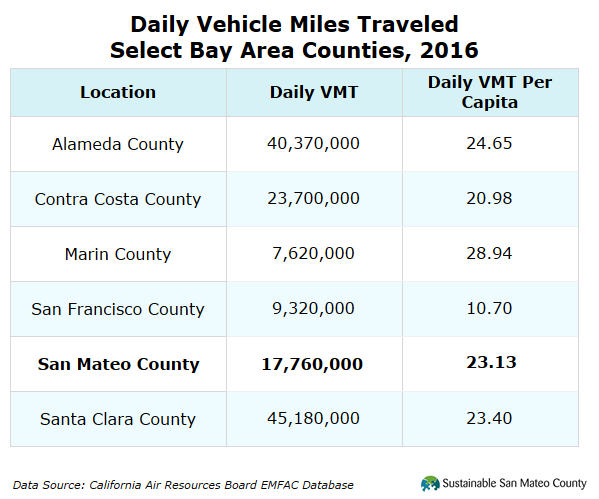 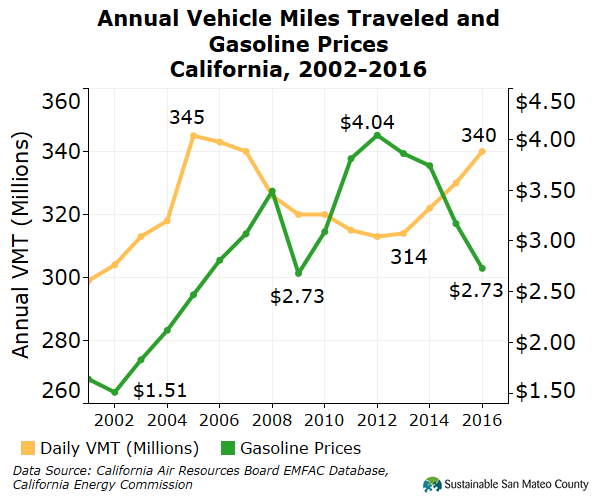