Rising wages and income equity for all genders and races raises the standard of living for workers, which can further accelerate economic growth. The poverty rate is low and support services help those most in need.

Median household income is one way to measure income of residents in the county: half of households earn more than the median income and half earn less. It’s considered a more reliable indicator than the average income because it is less likely to be skewed by outlier data, such as unusually high or low incomes. 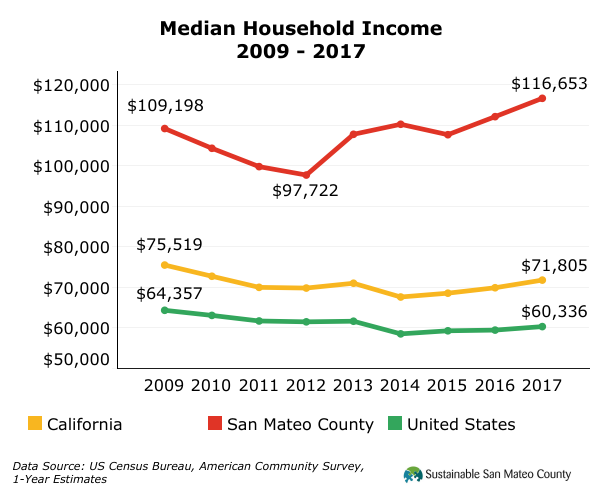 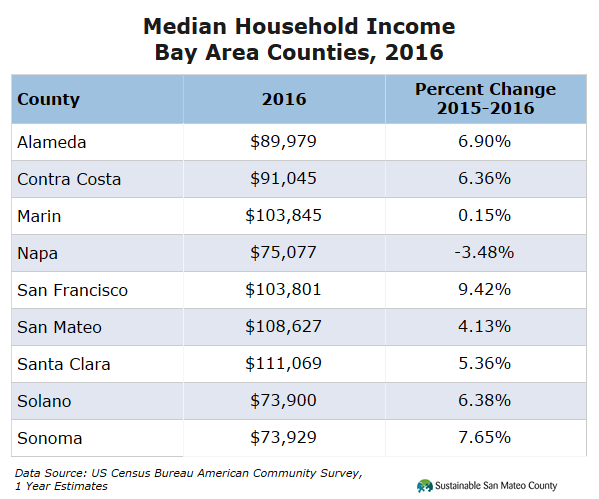 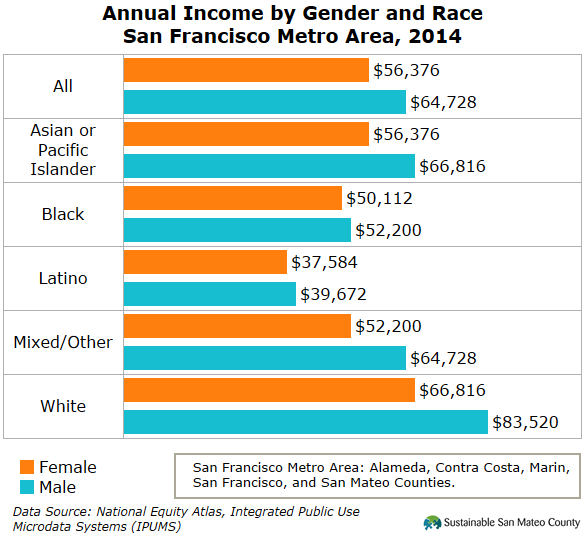 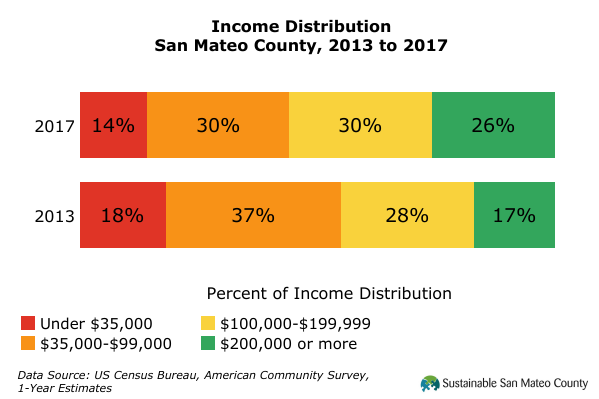 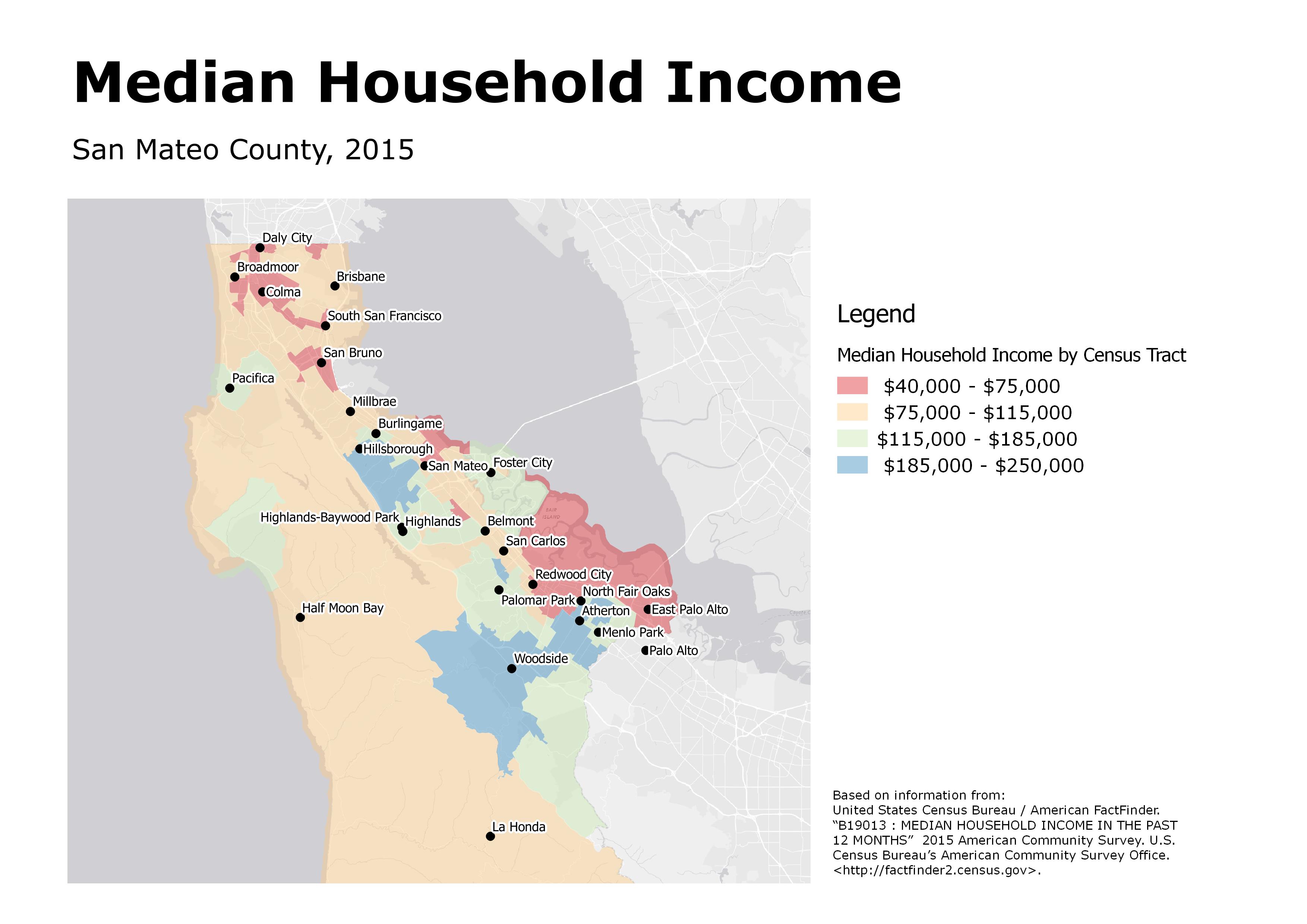 Over the past four years the county median household income has increased by over 20%, shifting the definition of middle-income wages. Income disparity persists as many residents struggle to meet their needs, but earn too much to qualify for government assistance based on the Federal Poverty Level (FPL) or the state poverty rate. Shown below is the median household income distribution and the income limits for several federal and state run safety net benefits. 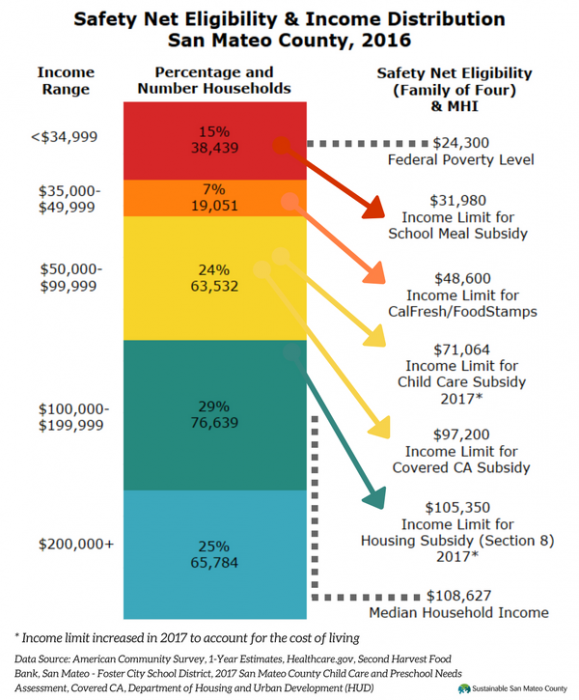 Average weekly wages track wages paid by employers in San Mateo County and include other compensation such as stock options and bonuses. Unlike median household income, average weekly wage data are more likely to be skewed by unusually large or small values. 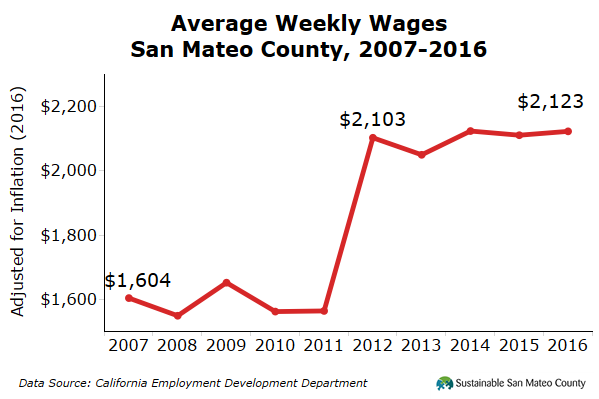 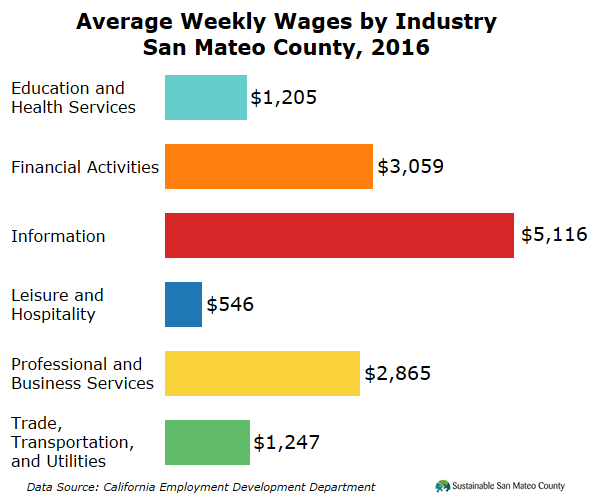 To address the increased cost of living in 2014, California raised its minimum wage from $8/hour to $9/hour, and increased again in 2016 to $10/hour. Meanwhile, San Francisco supervisors passed an ordinance to increase the minimum wage from $10.74 to $15/hour by 2018. In 2016, the San Mateo City Council increased the minimum wage within the city limits to $15 per hour. The ordinance will reach full implementation by 2019, with an extension for nonprofit organizations. At least 25% of low-wage workers in the city earn less than $15 per hour as of 2015. Beginning in 2020, the San Mateo City Council will adjust the minimum wage each year to match the cost of living in accordance with the Regional Consumer Price Index. 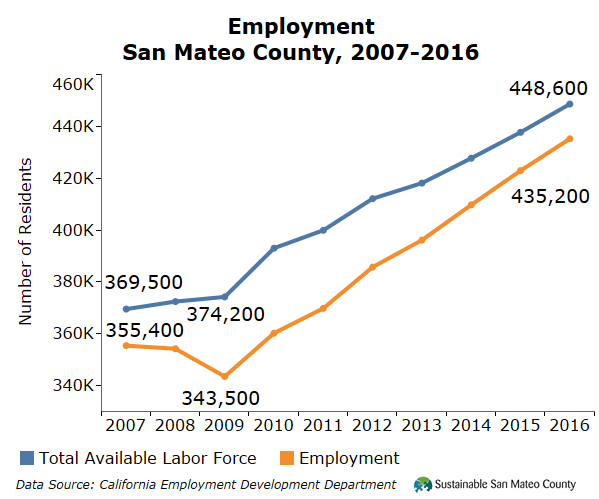 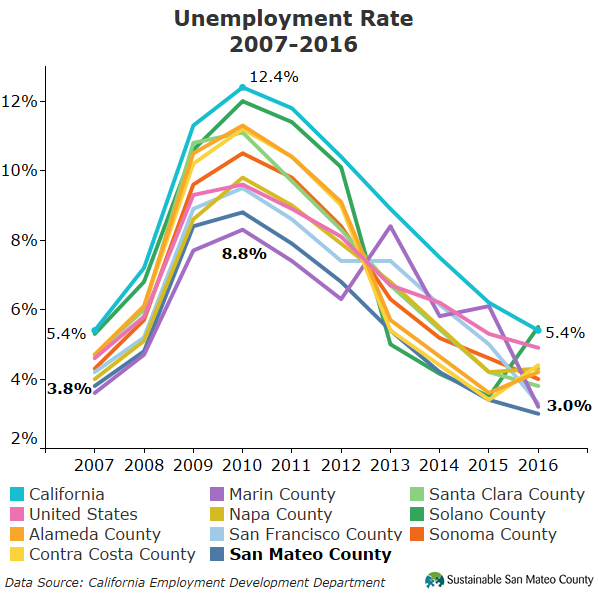 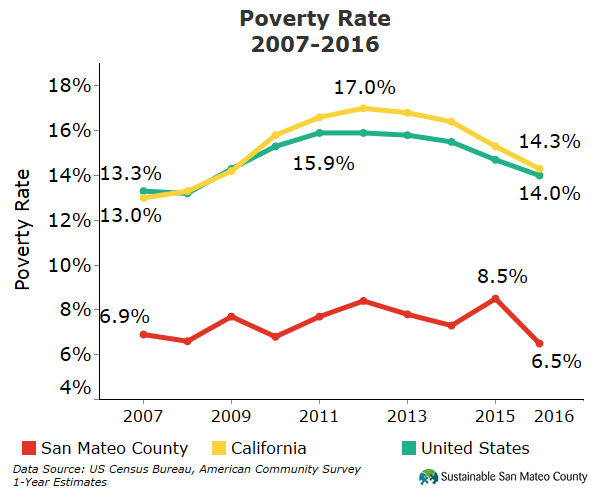 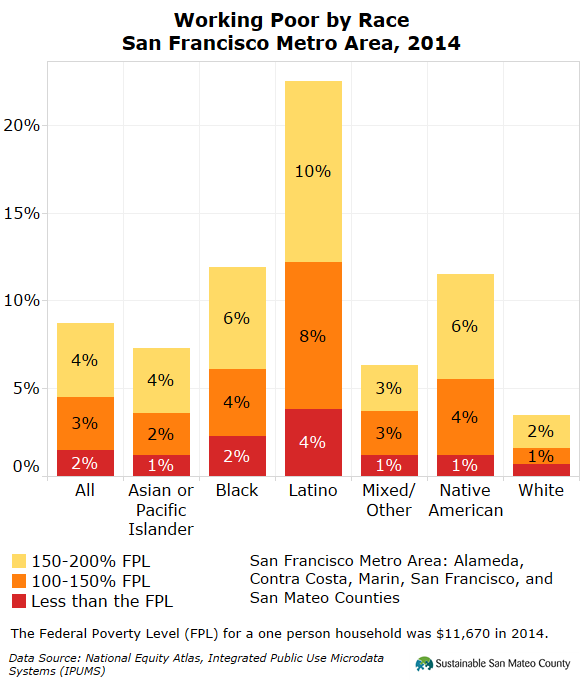 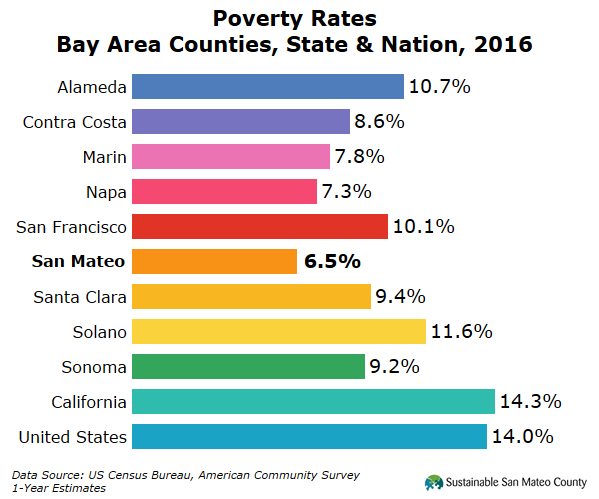 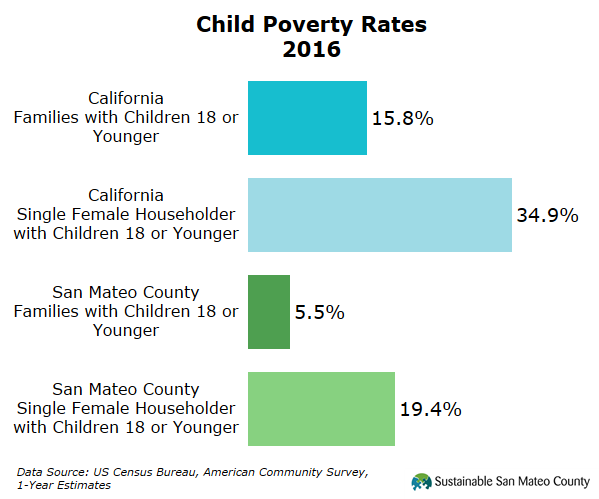 The Self-Sufficiency Standard (SSS) calculates the income required to meet basic needs (without public or private assistance). Unlike the FPL, it accounts for local costs of living such as housing, childcare, healthcare, and transportation. In 2014, the SSS for a family of four in San Mateo County required an annual income of $85,090 to meet basic needs without public or private assistance, considerably higher than the FPL of $23,850. The SSS annual income for the county is equivalent to two adults earning an hourly wage of $20.14. According to the Insight Center for Economic Development, 55,242 households in the county (29% of total households) had incomes below the Self-Sufficiency Standard, while nearly 42% of county households with children had income below the SSS. 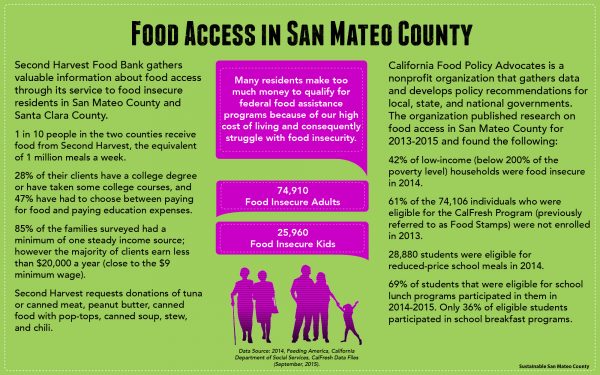