We chose the cost of living as our Key Indicator in 2017 for the sweeping impacts on our neighborhoods, health, environment, and culture. It also highlights the interconnections between San Mateo County and the broader region, which is becoming increasingly urban. 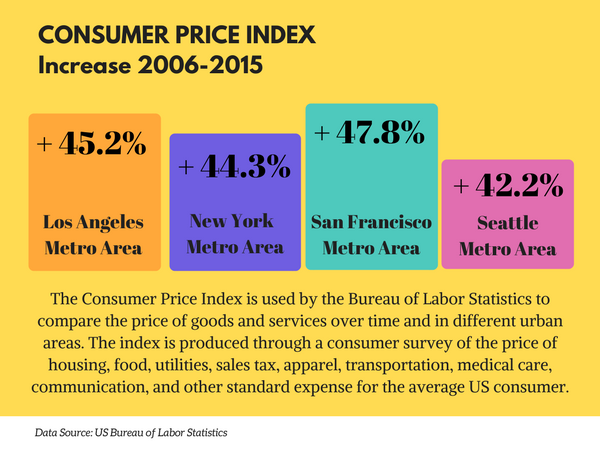 Located in the center of Silicon Valley, San Mateo County’s economy is closely interconnected with surrounding Bay Area counties and has become increasingly urban.The cost of living in the Bay Area has grown over the past 20 years and is now over twice the national average (JobTrain). In San Mateo County, as with other metropolitan areas across the nation, the middle-class is shrinking. The high cost of living in the county is driving out low-income residents and limiting the ability of new arrivals to find suitable housing in proximity to their jobs. 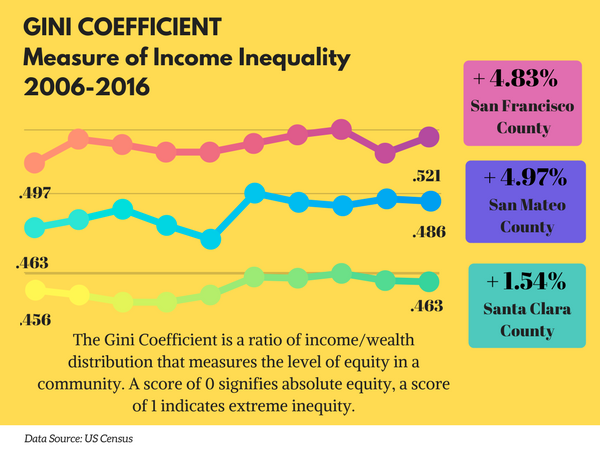 Over the past four years the county median household income has increased by 20%, shifting the definition of middle-income wages. Income disparity persists as many residents struggle to meet their needs, but earn too much to qualify for government assistance based on the Federal Poverty Level (FPL) or the state poverty rate. Shown below is the median household income distribution and the income limits for several federal and state run safety net benefits. 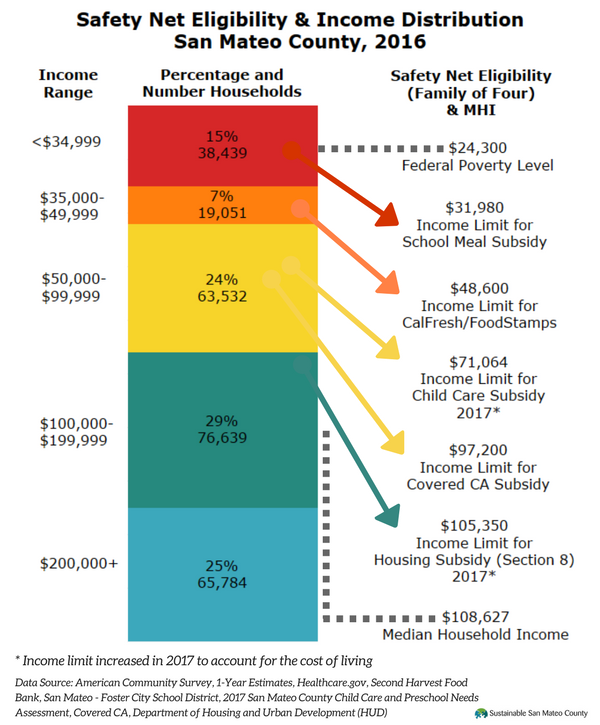 Population growth and urbanization are transforming our region and require thoughtful planning to enhance and maintain the standard of living for our economically diverse population. Over the course of the year, SSMC will examine the economic drivers that influence the cost of living, document the social and environmental repercussions, and share resources that seek to address the challenges.

JobTrain. (2016). The Broken Pathway: Uncovering the Economic Inequality in the Bay Area (p. 10). Retrieved from http://www.jobtrainworks.org/wp-content/uploads/2016/11/The-Broken-Pathway-Overview-12.07.16.pdf