Energy is produced from renewable and greenhouse gas-neutral sources and is used efficiently. New buildings are constructed to the highest green standards, and older buildings are retrofitted to ensure efficient energy use. While working to mitigate GHG emissions, communities simultaneously implement adaptation measures, such as building levees or restricting development in floodplain areas. 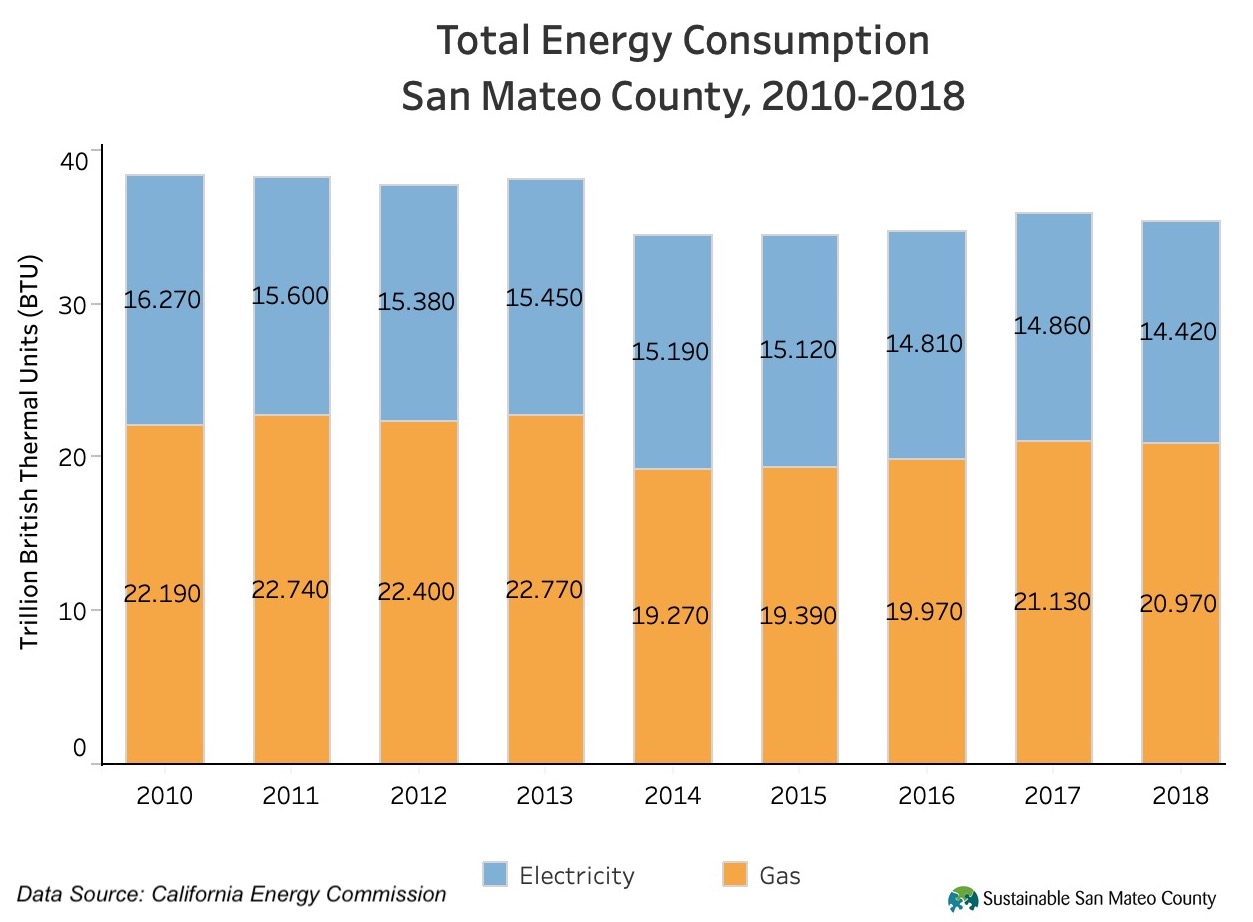 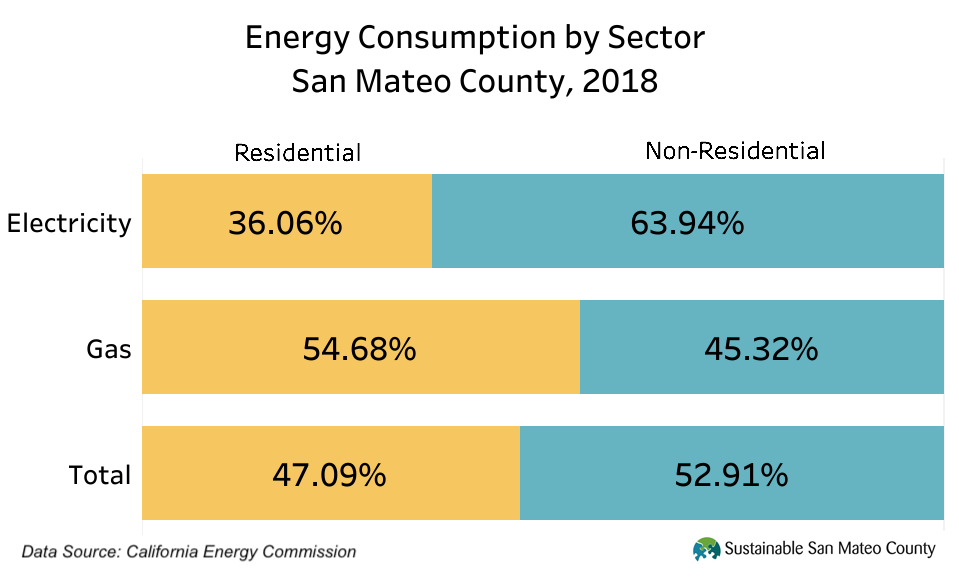 Renewable energy generation is increasing in response to consumer demand and government policies. In 2018, the California state legislature passed a bill requiring utilities to provide 60% renewable energy by 2030. According to the U.S. Energy Information Administration, nearly half of all new utility-scale energy in 2017 was renewable. 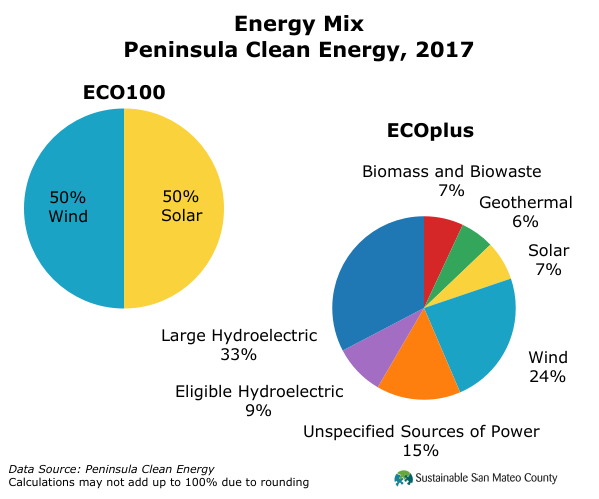 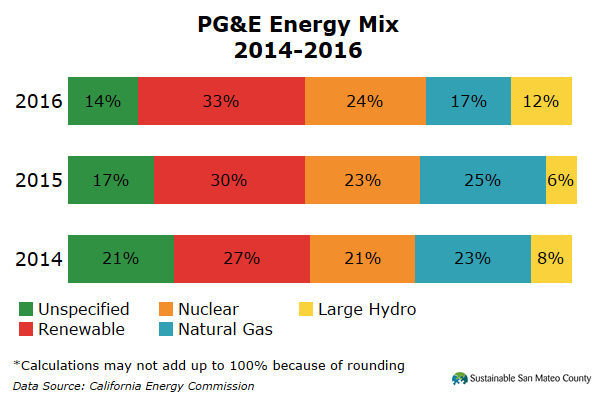 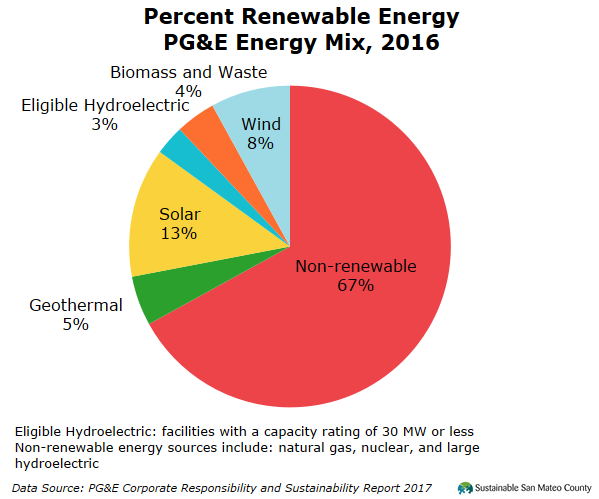 The San Mateo County Energy Watch (SMCEW) is funded by California ratepayers, administered by PG&E, and staffed by the San Mateo County Office of Sustainability. SMCEW serves residents, businesses, municipalities, and schools within San Mateo County. Through a contract with Ecology Action, SMCEW is able to provide services such as no-cost energy audits and assistance with energy efficiency upgrades. Contact them for help saving energy, money and the environment!
[/smc-box] 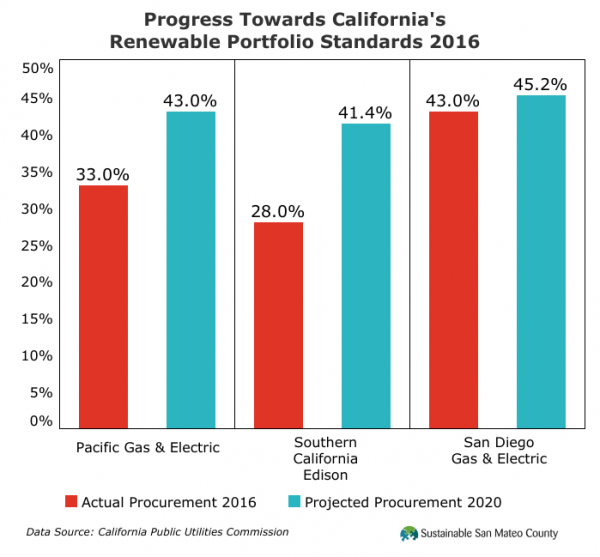 PACE (Property Assessed Clean Energy) is an innovative energy financing mechanism that began in California in 2008. Through a PACE program, property owners can finance energy efficiency, water efficiency, or clean energy projects with no up-front costs. Property owners first have their upgrades assessed by an experienced contractor to weigh the cost of the upgrade against the projected energy savings. Qualifying property owners receive 100% funding for their projects from their local PACE program and then pay it back over the long term (usually 20 years) as a property tax assessment. PACE-enabling legislation is in place in 31 states, including California, and nearly 500 municipalities.

While municipalities have to set aside resources to launch a PACE program, there is evidence that investing in these types of upgrades has significant economic benefits. A 2011 study showed that $4 million invested in PACE generated $10 million in economic output, $1 million in net tax revenue, and 60 new jobs.

All cities plus the County of San Mateo are eligible for California First, a program that provides financing for commercial and residential PACE programs. California First requires cities to market the program and pay fees to bring down the interest rates. HERO, a residential PACE program, and Fig Tree, a commercial PACE program, are available at no cost to cities. To operate either program, the cities need to opt into a statewide Joint Power Authority (JPA). To date, approximately 150 cities/counties in California have adopted the HERO and Fig Tree programs. Menlo Park adopted the Home Energy Renovation Opportunity (HERO) PACE Program and has indicated it is conducting due diligence on the Fig Tree Program. The City of South San Francisco has adopted the Fig Tree program. 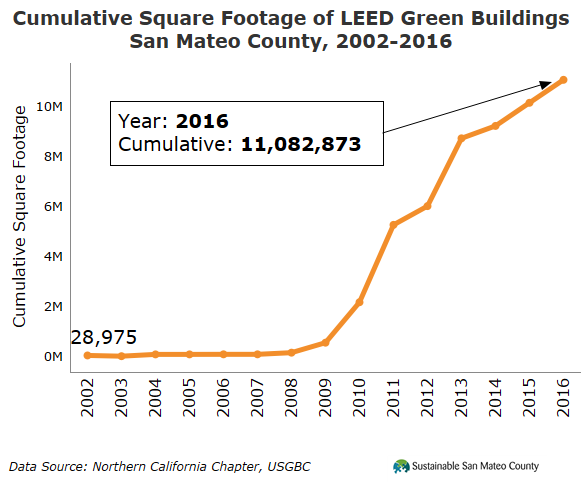 The Living Building Challenge is an international sustainable building certification program created in 2006 by the non-profit International Living Future Institute. It is described by the Institute as a philosophy, advocacy tool and certification program that promotes the most advanced measurement of sustainability in the built environment. It can be applied to development at all scales, from buildings – both new construction and renovation – to infrastructure, landscapes and neighborhoods, and is more rigorous than green certification schemes such as LEED.
[/smc-box] (jump to top of page)