Community Health is the pursuit of improving the health of a group of people living in a defined geographical area. Access to high quality, affordable medical care in conjunction with urban planning that is responsive to public health objectives helps people live healthier, more productive lives. Rising healthcare cost along with large numbers of uninsured have made medical bills a main contributor to bankruptcy filings in the United States. Those who are insured have a lower mortality rate and are more apt to receive preventative care than the uninsured.

Chronic diseases, including cancer, heart disease, diabetes, and chronic respiratory disease, are the leading causes of death and disability in San Mateo County and the United States. With the aging of the county’s population, chronic diseases will become more prevalent and place a growing burden on the local healthcare system.

Lifestyle behaviors including poor nutrition, tobacco use, and lack of physical activity are responsible for an estimated 50% of premature deaths. In particular, the obesity epidemic, with its associated diseases and disabilities, is the greatest public health issue in the county, threatening to overturn decades of gains in life expectancy. 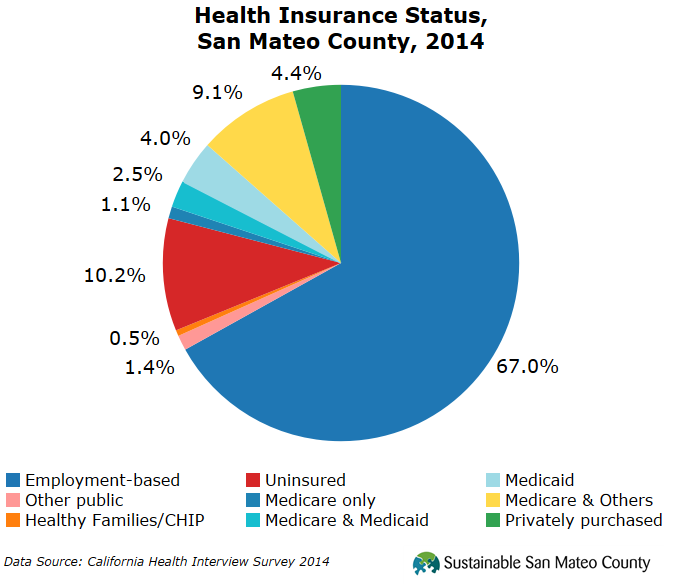 Covered California is the state-based marketplace for health insurance, created by the state to implement the Patient Protection and Affordable Care Act (ACA). The marketplace is accessible to individuals who do not qualify for Medi-Cal (earn less than 138% of the federal poverty level (FPL) and who do not receive insurance through their employer. Individuals earning between 100% and 250% of the FPL receive a tax subsidy that reduces their out-of-pocket expenses. 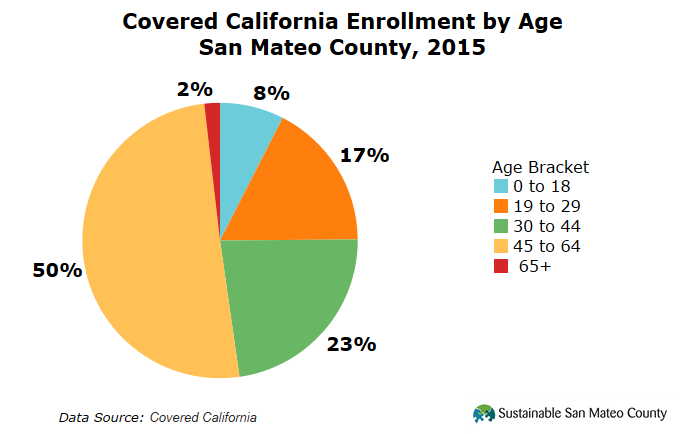 Following the Supreme Court’s ruling in the National Federation of Independent Business v. Sebelius in 2012, ACA expansion of Medicaid is an option that can be adopted by the states. California, along with 26 other states and the District of Columbia, has opted to expand its Medicaid programs in order to meet the new federal ACA guidelines. Some of the major changes from the legislation are:

During Covered California enrollment through March 31, 2014, approximately 1.9 million people enrolled in Medi-Cal (the name for California Medicaid) or were transitioned to Medi-Cal from another program. In San Mateo County, 15,765 newly eligible enrolled in Medi-Cal as of May 1, which is more than the 13,000 the county had estimated to be eligible for Medi-Cal. While expanding Medi-Cal will cost the government more in terms of insurance payments, the expansion will also save money by reducing emergency care for the uninsured and providing access to preventive services. 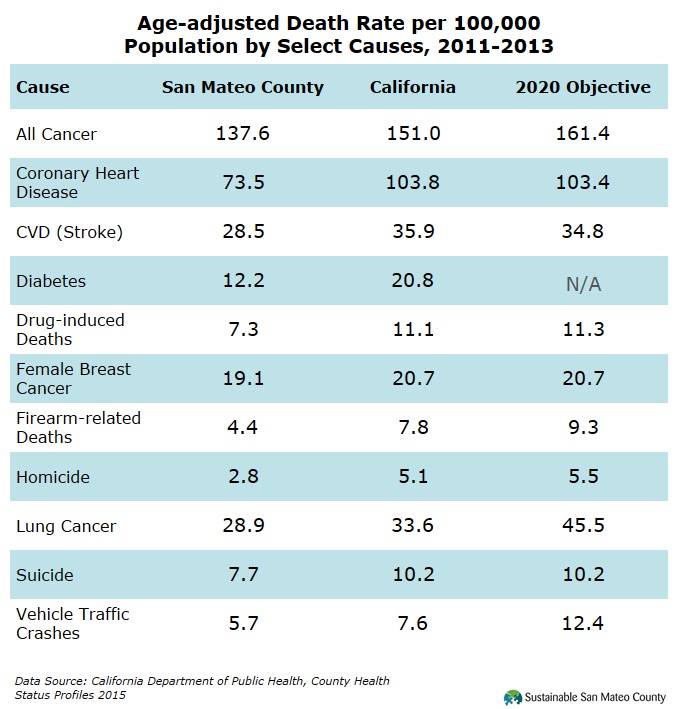 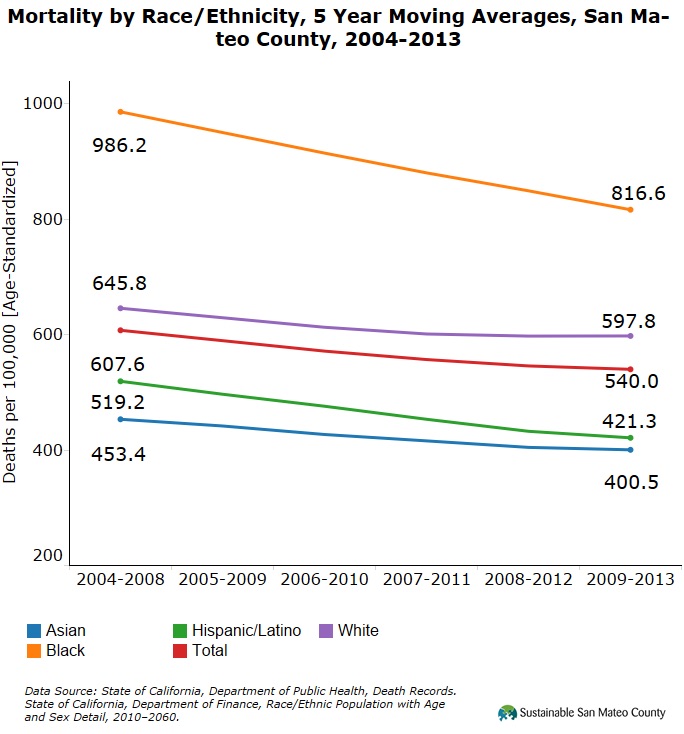 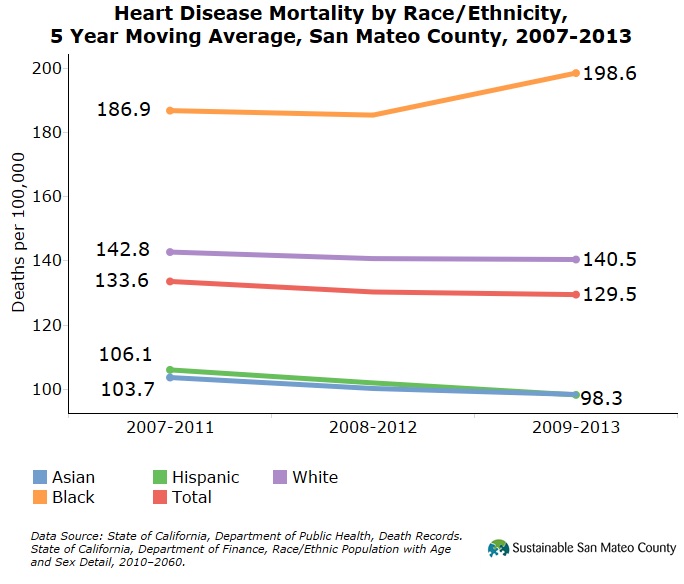 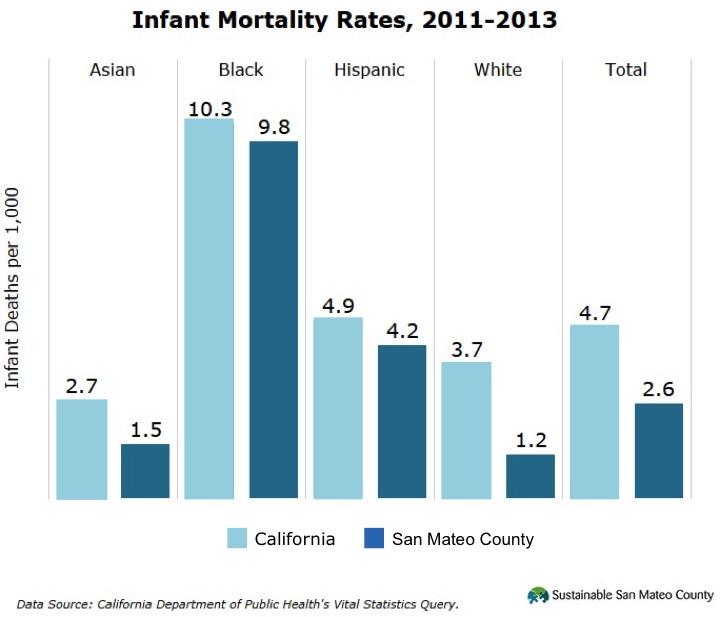 Daly City and Burlingame are the first two cities in San Mateo County to receive funding from the countywide initiative: Get Healthy San Mateo County. With this funding, the cities will adopt comprehensive wellness policies that will prohibit the service of sugary drinks and improve the choice of healthy food options for city facilities/gatherings. In addition, innovative policies adopted by the cities will support active public transportation and include opportunities for exercise for staff and clients, such as “walking meetings” and stretch breaks. For more information on the wellness policies, visit gethealthysmc.org.
[/smc-box]