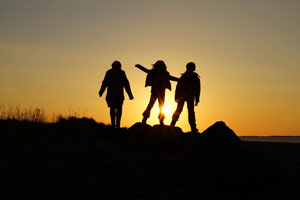 A socially equitable community provides all members fair access to a good education, a safe neighborhood, and services that enable even the least affluent to meet their basic needs.

Equity by the Numbers

288,592: Number of San Mateo County voters who cast ballots in the November 2012 Presidential Election, representing 80% of registered voters and the highest turnout since 1992.

$21,613: Per pupil expenditures in the Woodside Elementary School District in 2014-2015. The Woodside District has the highest level of per pupil funding in the county, while Millbrae Elementary, with $8,088 per student, has the lowest.

8.5: Percent of county residents living below the Federal Poverty Level in 2015.

NA = not available or not applicable

Some people strengthen society just by being the kind of people they are.