Natural resources are those resources that exist in the environment -water, air, soil, flora, and fauna. While some of these resources, such as the sun, air, and wind, are considered renewable, others, including fossil fuels and minerals, are considered non-renewable because their replenishment rate is vastly slower than the current rate of extraction.

The depletion of natural resources can lead to scarcity and increased costs of goods, and excessive resource extraction can cause loss of species and habitat. Pollution of natural resources, such as our air, water, and soils, impacts the health of humans, animals, and ecosystems. Their careful management and protection are therefore vital to our well-being.

In a sustainable state, natural resources are managed efficiently to minimize environmental degradation, prevent scarcity, and to ensure that resources are available for future generations. Water supply and demand are in balance, and adequate infrastructure and storage reduce the risk of shortages. Water quality is high enough to support different uses including recreation and manufacturing, while also ensuring the health of aquatic ecosystems. Waste prevention and diversion help conserve natural resources. Soils are healthy and support agriculture, while good air quality protects public health.

San Mateo County has one air quality monitoring station in Redwood City. Of the key air pollutants measured at this station, only ozone and particulate matter have exceeded state or federal standards in the past decade.

Ground-level ozone is formed when Nitrogen Oxides (NOx) and Volatile Organic Compounds (VOC) mix in the presence of sunlight. The major sources of NOx and VOCs are factories, power plants, and on-road vehicles. Short-term exposure to ozone can irritate the eyes, cause airway constriction, and aggravate existing respiratory diseases. Chronic exposure to ozone can permanently damage lung tissue. Ozone levels in the Bay Area are usually highest during the Summer Spare the Air Season (May through mid-October).

Particulate matter consists of solid or liquid particles in the atmosphere, including smoke, dust, and aerosols. Particulate matter contributes to haze and is also associated with respiratory ailments including asthma. The smallest sized particles, PM 2.5, are the most dangerous as they can penetrate deeply into lung tissue. Particulate matter pollution in the Bay Area is at its highest level during the Winter Spare the Air Season (November 1st through the end of February), and the largest sources of winter particulate matter are wood burning (38%) and on-road vehicles (15%). 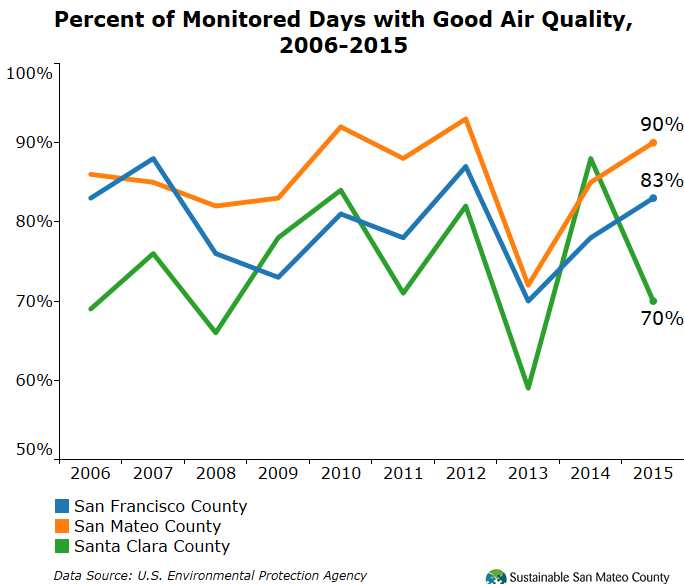 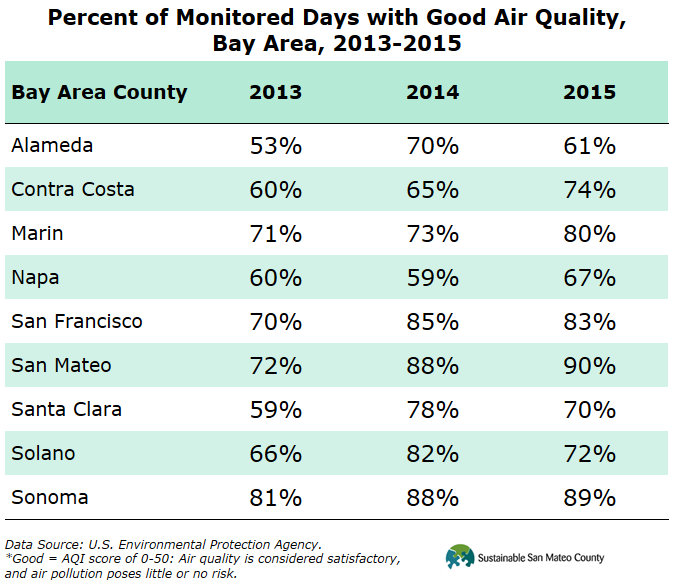 Eleven consecutive Spare the Air days were issued by the Bay Area Air Quality Management District (BAAQMD) in January of 2015, equivalent to 2014’s record of eleven days. BAAQMD issues Spare the Air day alerts to warn Bay Area residents of poor air quality. The BAAQMD’s main goal in the winter is to curb the burning of firewood, which releases fine particles and soot. These particles can be harmful to children and the elderly, but those with asthma and respiratory problems are at the highest risk. A dry winter contributed to trapped particles in the air, with no source of strong winds and rains to push the pollutants away.
[/smc-box] 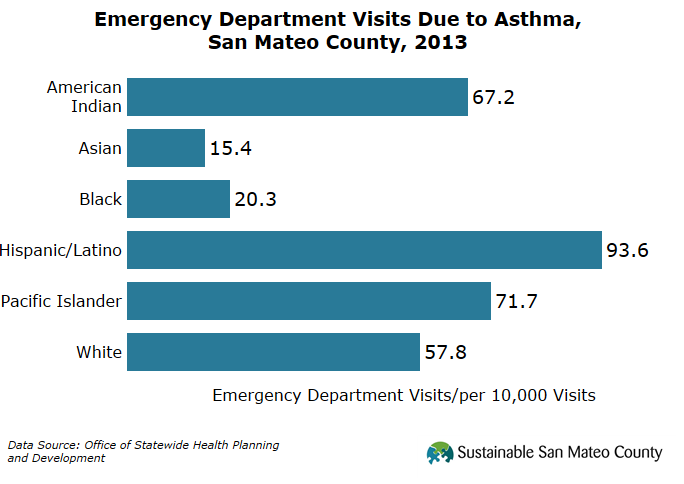 Emergency department visits for asthma are usually a result of poor asthma management, lack of primary care, and exposure to triggers such as air pollution. Many of these triggers”vehicle pollution, mold, rodents, and cockroaches”disproportionately impact low-income families who are more likely to live near freeways or in less expensive rental housing that has not been properly maintained.In San Mateo County, childhood hospitalization rates for asthma (per 10,000 population) were highest in these three zip codes: (For comparison, the state-wide rate is 11.) 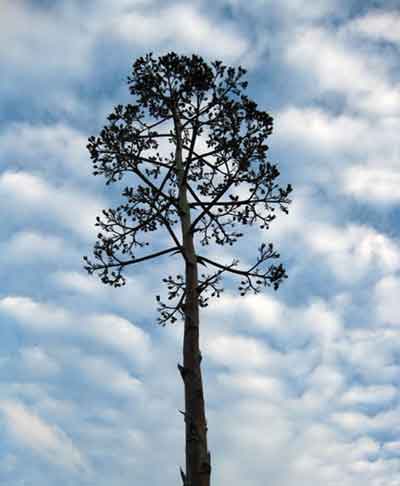 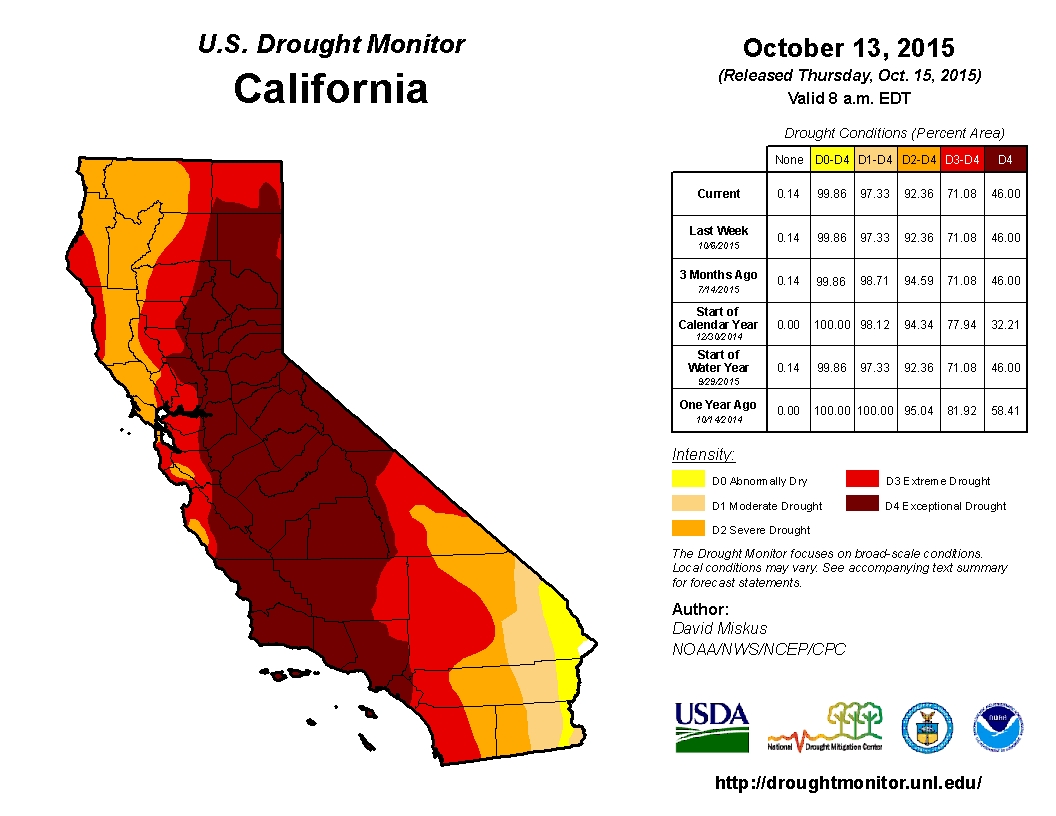 The State Water Resources Control Board releases conservation data at the beginning of every month. We pull data from San Mateo County water agencies and show how each is progressing on their new conservation targets. These conservation targets, or tiers, were established by the Water Board based on prior conservation efforts and overall usage per capita by each agency. 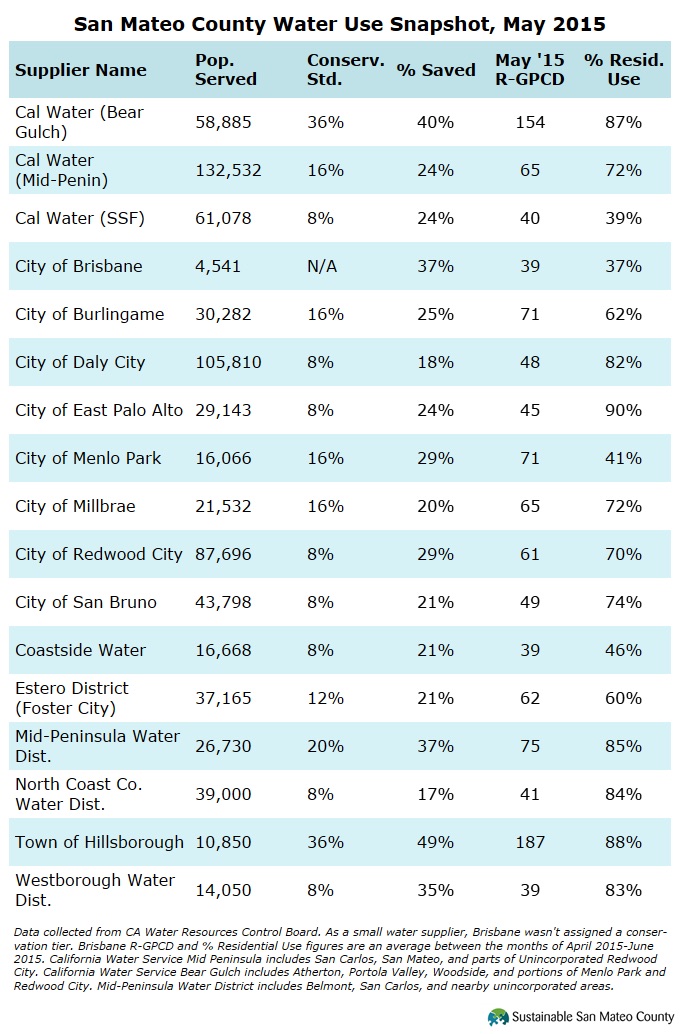 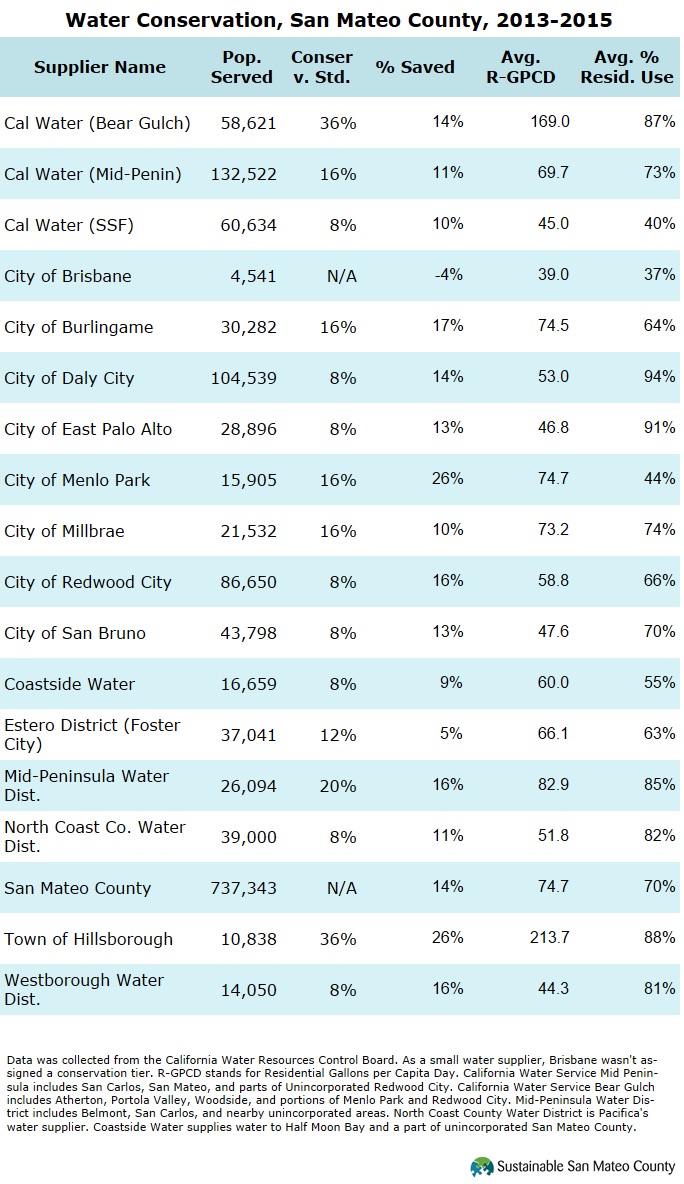 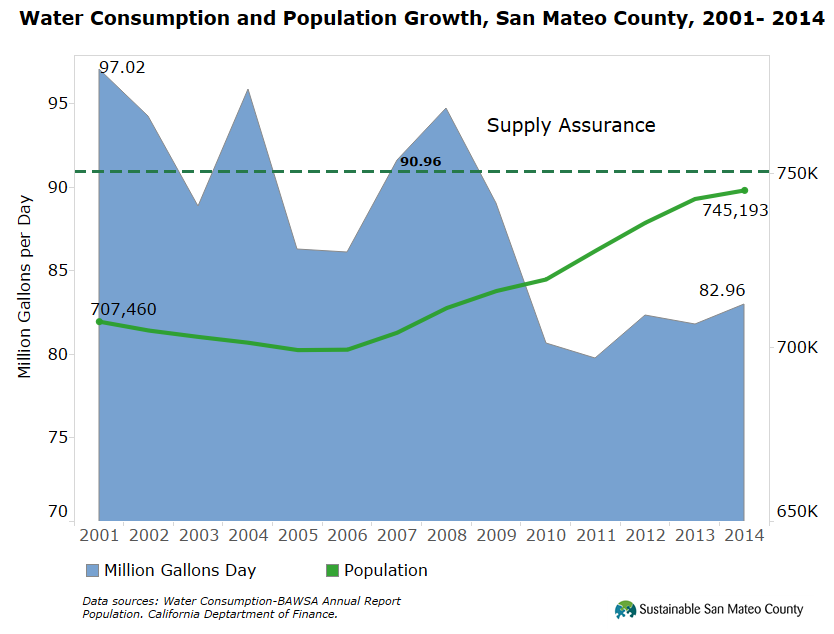 Water recycling is an important element of water conservation and the practice is increasing in San Mateo County homes and businesses. Though drinking water must be of the highest quality, many other uses for water, including irrigation and commercial processes are suited for reused water. Non-potable recycled water has lower levels of nitrogen and phosphorous, which is a health benefit for the bay. Locally, Redwood City provides recycled water to businesses and residents through purple pipes. Daly City uses recycled water to irrigate the Lake Merced Golf Course, decreasing the demand on the lake itself. Wastewater treatment is a highly regulated process that may produce water suitable for drinking (potable reuse). The Bay Area Water Supply and Conservation Agency (BAWSCA) is considering recycled water recharge for the San Mateo sub-basin.

Water Use by Supply Source 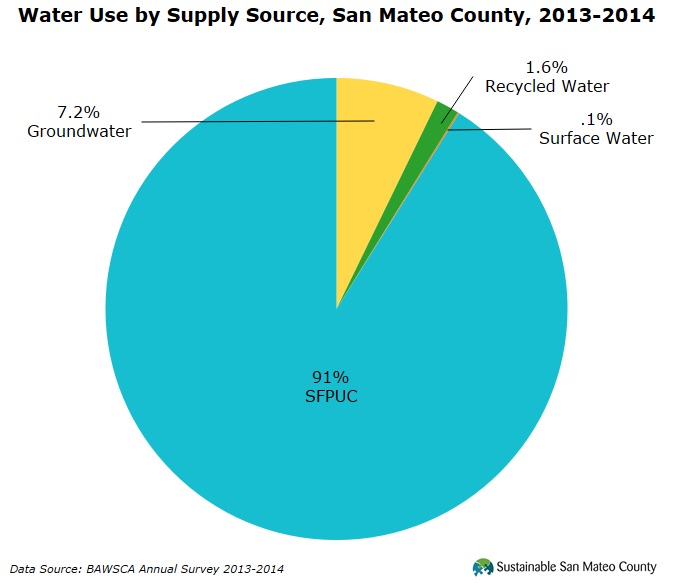 Water Use by Customer Class 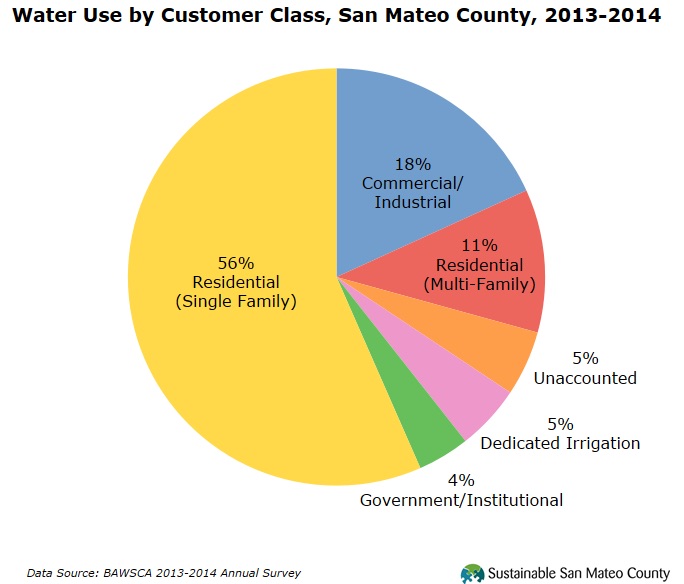 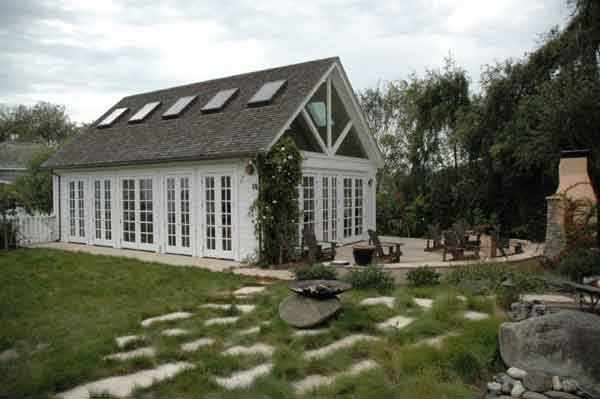 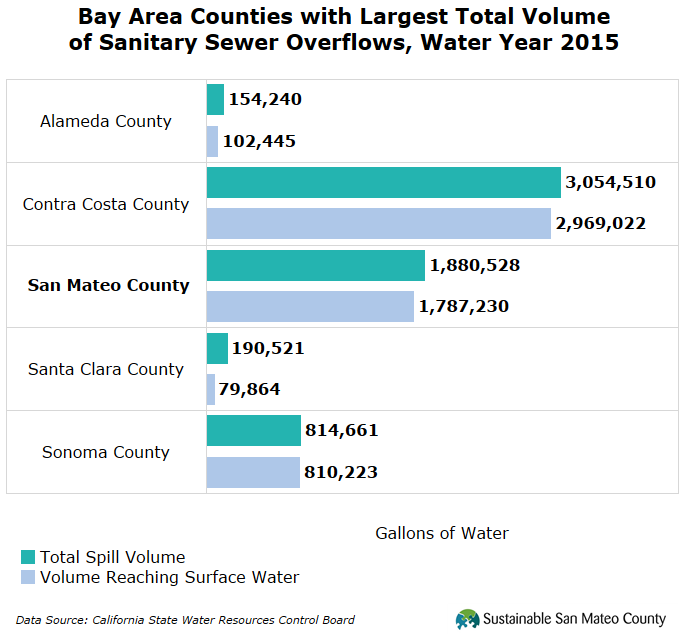 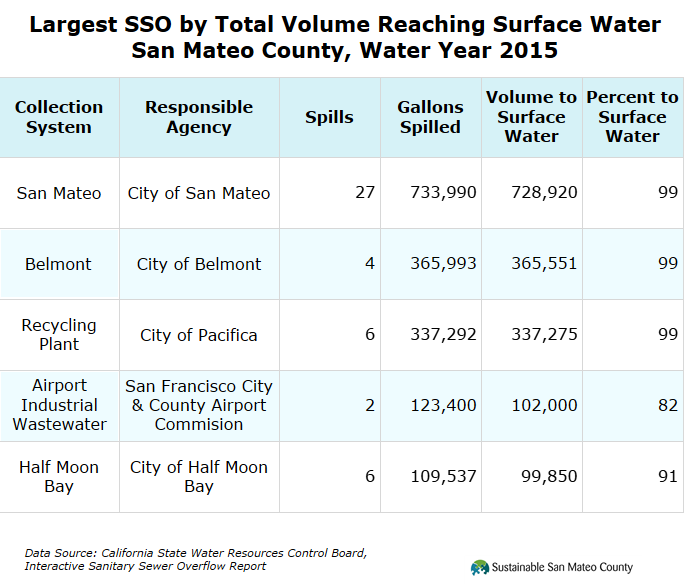 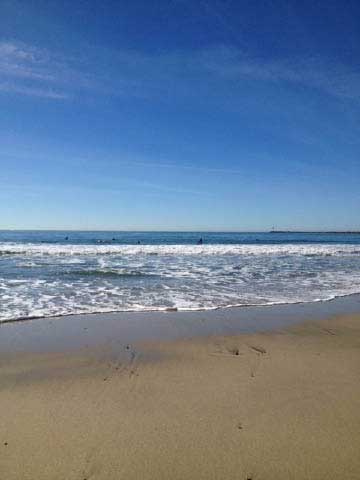 A beach at Half Moon Bay. 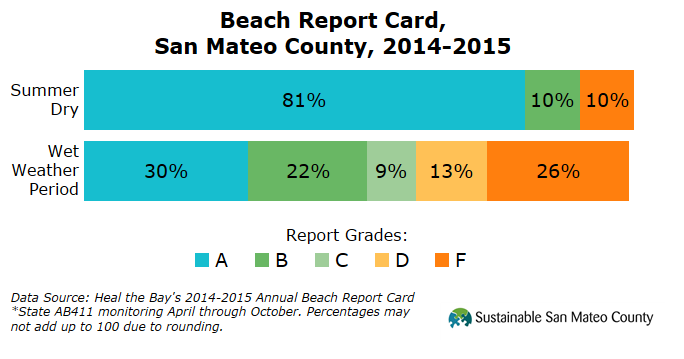 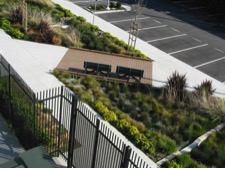 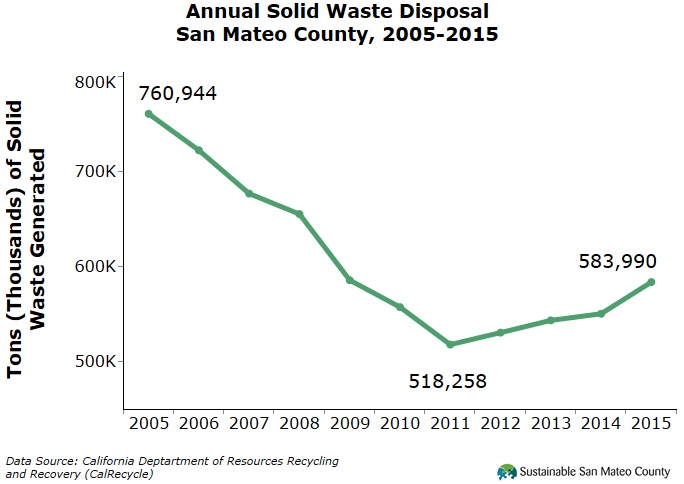 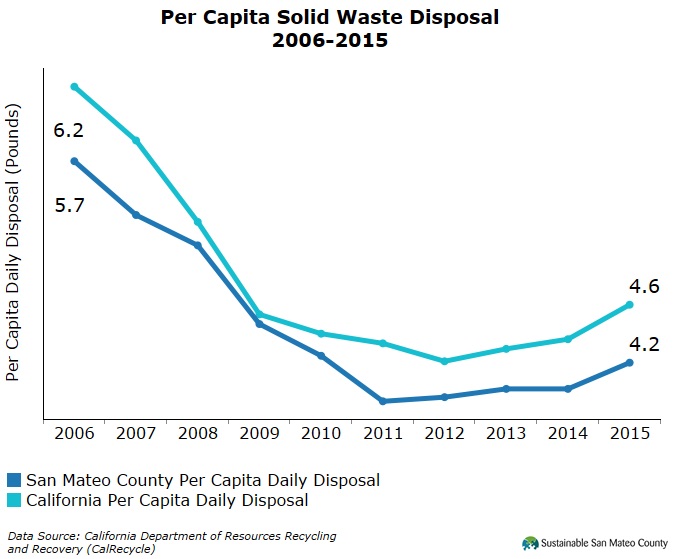 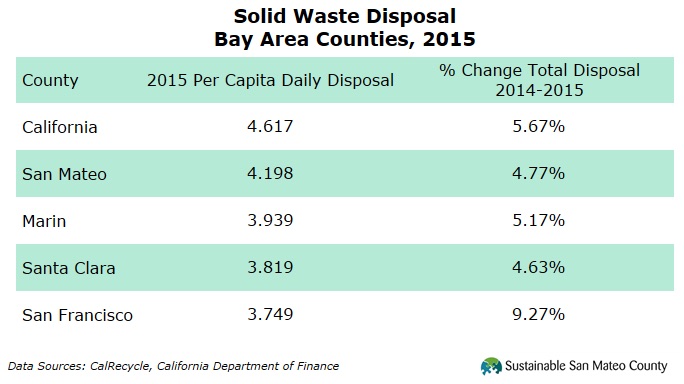 Estimates show that Bay Area residents use between 42 and 227 plastic bags per person annually. These bags do not biodegrade, and they clog storm drains, harm wildlife, and pollute local waterways.

Customers who don’t have a reusable bag will be charged ten cents for a paper bag, with the price increasing to twenty-five cents by January 2015.

As of March 2013, 18 cities in San Mateo County have adopted similar bans. Making the ordinance regional will create consistency for businesses and shoppers.