Land use decisions have far-reaching effects on the long-term sustainability of a community, impacting the location of new housing, businesses, schools, and parks. Land use policies influence everything from the diversity of the local economy to how much residents drive and how healthy their diet is.

With many towns and cities in San Mateo County fully built-out under current zoning, the focus on future development will largely be on designing more sustainable in-fill projects that bring new residents and businesses into already developed areas. To simultaneously meet the needs of a growing population and to reduce greenhouse gas emissions, planning officials must decide where to site new commercial, industrial, government, and residential uses to make our communities more livable and allow residents and workers to get to school, work, and daily activities by walking, biking, and taking public transit.

Planning officials also need to determine the location and size of parks and open space lands. These valuable community assets are a place for people to enjoy outdoor exercise and experience the natural world, and they provide important linkages throughout the Bay Area where native habitat and wildlife areas can be preserved and protected.

Land use decisions also impact local agriculture. In San Mateo County, every dollar of agricultural production creates between $1.60-$3.50 of economic activity, and sustainable farming practices protect the land while providing residents with healthy, locally grown food. With the high price of real estate in the county, agricultural lands are continually at risk for development.

In a sustainable state, land use policies accommodate growth while protecting public and ecological health by directing development to areas that provide easy access to services, jobs, and transit. Parks and open space are abundant, of good quality, and readily accessible to all residents, and agriculture lands are preserved. 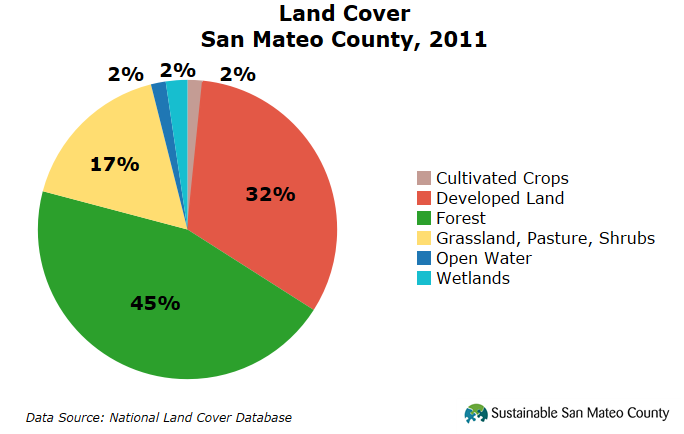 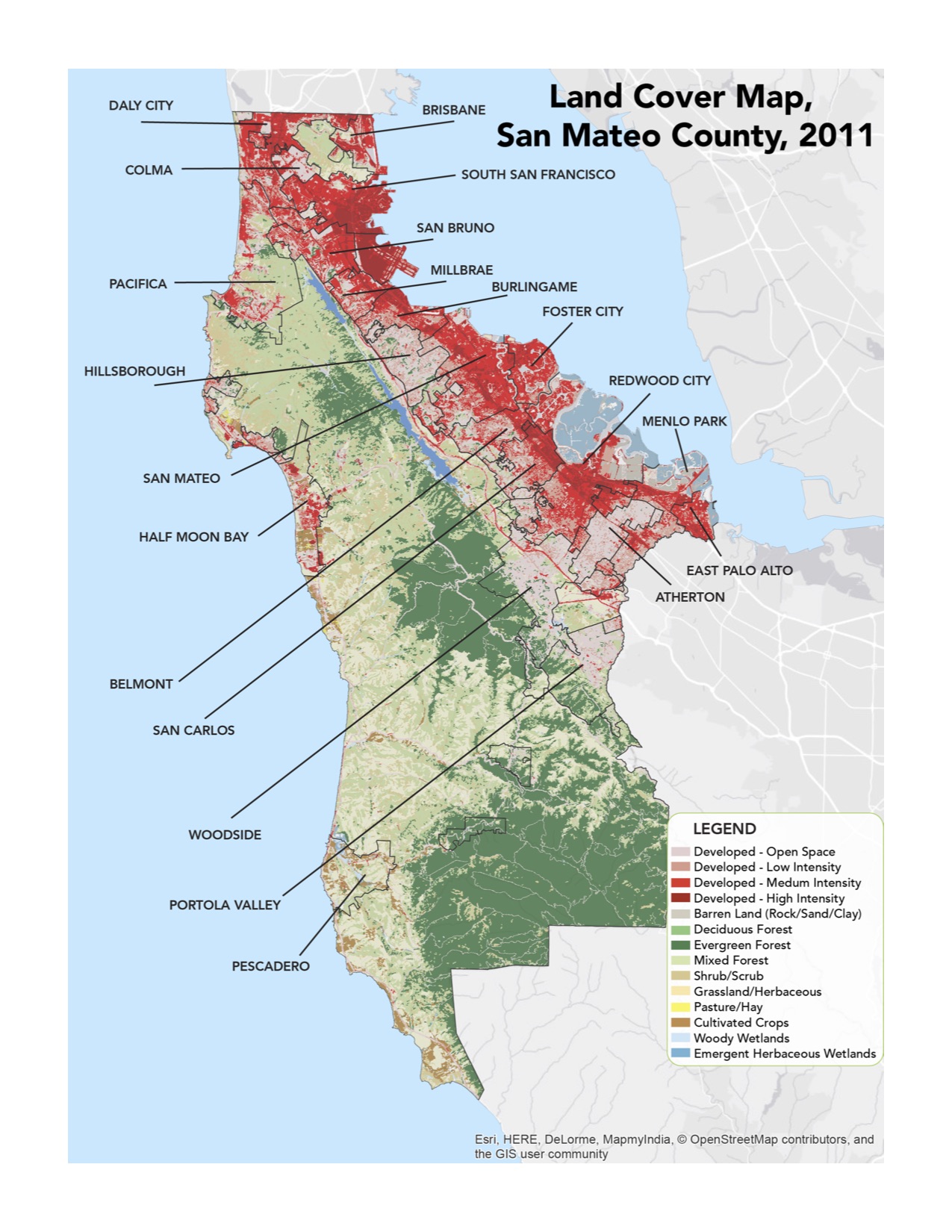 Sea level rise is the result of thermal expansion (water temperature increase) and the melting of vast bodies of ice. These phenomena, as well as high intensity storms are a result of climate change. The combination of sea level rise, high tide, and wind caused by storms pose a major threat of flooding in low lying areas along the coast and the bay side of the county.

According to the National Ocean and Atmospheric Administration (NOAA), sea level remained stagnant until the 20th Century. Since 1900, sea level has risen 0.04 to 0.1 inches per year, and an alarming 0.12 inches annually since 1992. Though these numbers may not seem immediately threatening, many analysts believe San Mateo County will experience up to 55 inches of sea level rise by 2100. An estimated 10% of San Mateo County’s population will be directly affected by a sea level rise of 36 inches. According to SPUR, 40 percent of the state’s land drains its water into the San Francisco Bay.

The Bay Institute reports that flooding from storm surges is the greatest threat to developed areas along the bay’s shoreline. Intense waves and sea level rise will result in erosion of the county’s coastal bluffs and beaches. The 2013-2014 San Mateo County Civil Grand Jury report on sea level rise estimates the cost to repair buildings and other infrastructure in San Mateo County will exceed $23 billion along the bay and $910 million on the coast. 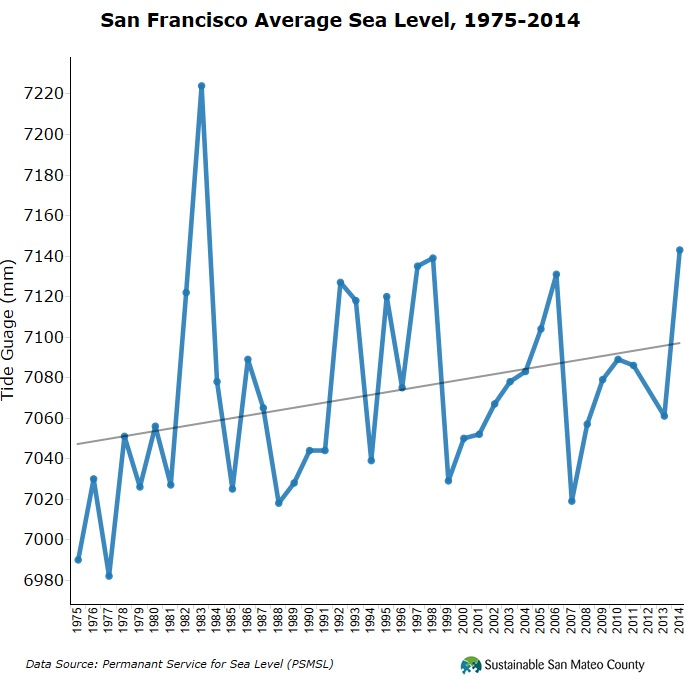 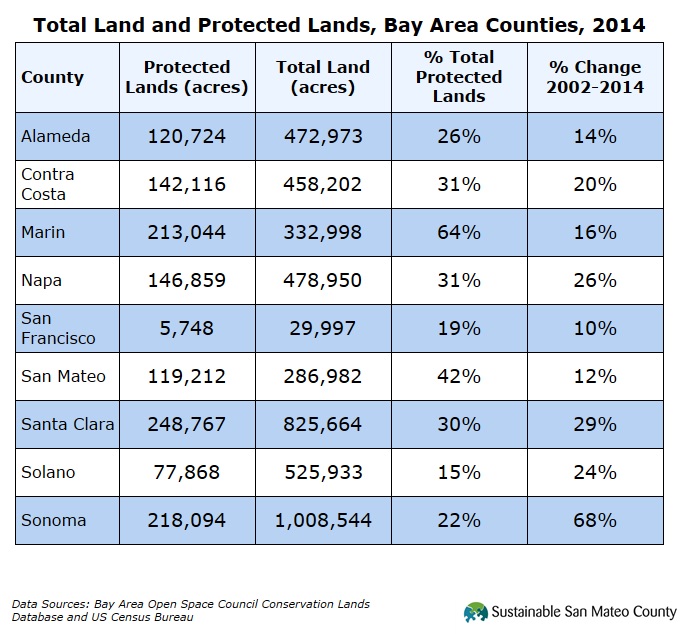 City Parks: In 2011, there were over 2,200 acres of city-owned parks in San Mateo County, translating to a county average of just over 3 acres of city parks per 1,000 residents. Most city parks include both active and passive recreational activities such as playing fields and sitting and hiking areas.

San Mateo County Parks: Our county parks are much larger in size than city parks and usually have regional trails and picnic and recreational areas. They also generally need more vegetation management for habitat preservation and fire protection at the urban/rural boundaries. 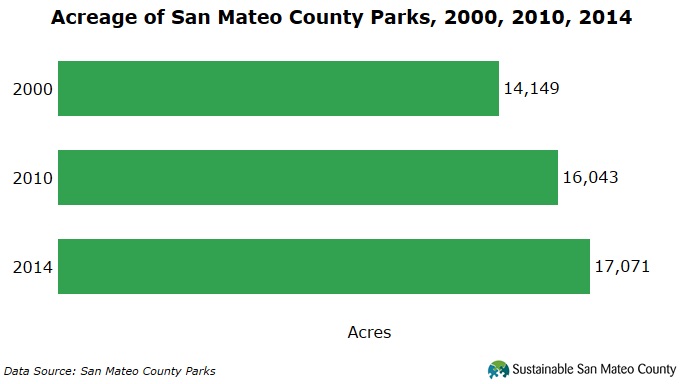 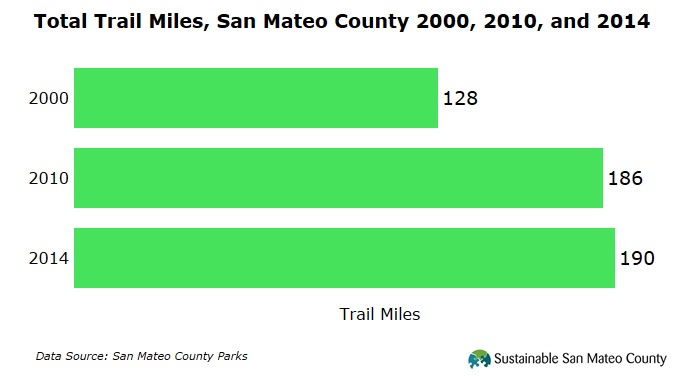 The California Parks and Recreation Department has recently granted $1.5 million to the Pacifica Land Trust to restore trails along the Pedro Point Headlands. Currently, the trails consist of rough, steep trails damaged by motorcycles in the 1980s, and many invasive plant species. The restoration project plans to convert the older bike trails into narrow foot trails with more native plant species. The restored trails will be apart of the bigger network of continuous open and accessible trails connecting Pacifica State Beach to Devil’s Slide. The Pedro Point Headlands restoration project begins in 2016. 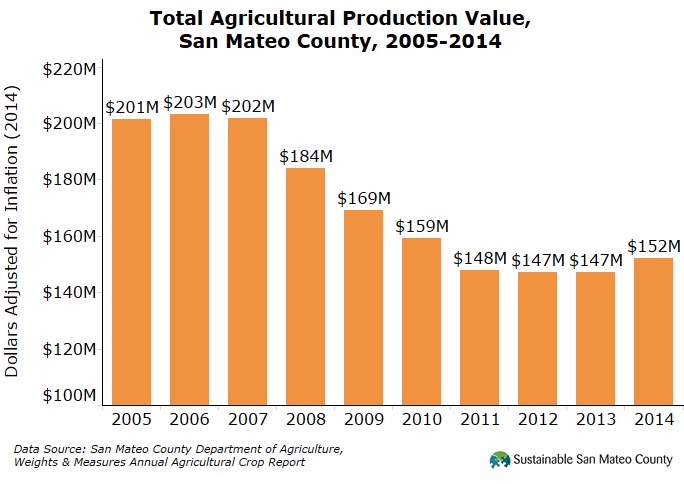 One of the best ways to grow and sustain our county’s tradition of local agriculture is to engage and encourage the next generation of farmers. The HEAL (Health Environment Agriculture Learning) Project’s School Farm offers free visits to San Mateo County K-12 students. Classes visit the School Farm twice during the school year” in the fall for planting and then in the spring for harvesting. The San Mateo County Health Department sponsors the project as it helps children learn about healthy eating and lifestyles. To learn more, visit www.thehealproject.org.