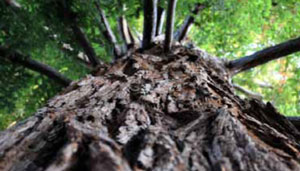 A healthy environment has clean air, water, and soil, as well as abundant open spaces that allow native animals and plants to thrive.

Environment by the Numbers

23,538: Acres of land in the county devoted to agriculture production, equaling 8% of total land.

81: Percent of total agricultural production value in the county that comes from Floral and Nursery Crops in 2015.

1: Percent of water in the county that comes from recycled sources in 2014.

Environment at a Glance 2012 (click for PDF of table below)

The Frog does not drink up the pond in which it lives.