Contact us at advocate@sustainablesanmateo.org with “Sponsorship” in the subject line, and we’ll send you more information.

About the Sustainability Awards Program

Learn more about our 2020 awardees

Sustainability Awards
San Mateo County Supervisor Dave Pine has been a consistent champion of local and regional sustainability since his election in 2011. He was instrumental in launching Peninsula Clean Energy, the county’s clean energy provider, and the new Flood and Sea Level Rise Resiliency District. He played a key role in the passage of Measure AA, a nine-county Bay Area parcel tax that funds shoreline restoration projects. He spearheaded the adoption of the County’s zero net energy building policy and Climate Emergency Declaration. He also provides leadership on regional environmental efforts as a member of the San Francisco Bay Restoration Authority, which he chairs; the San Francisco Bay Conservation and Development Commission; and the San Francisquito Creek Joint Powers Authority. See video 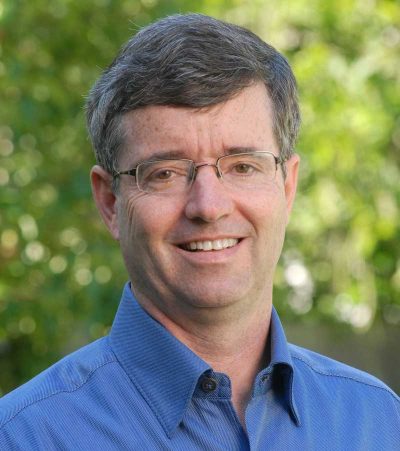 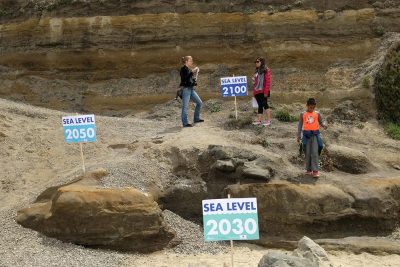 The San Mateo County Office of Education’s (SMCOE) Environmental Literacy and Sustainability Initiative (ELSI), was launched in 2017 by former San Mateo County Superintendent of Schools Anne E. Campbell and expanded in 2019 under Superintendent Nancy Magee This program has jump-started an array of environmental programs throughout the county and made SMCOE a state leader in environmental literacy education. The U.S. Department of Education has awarded SMCOE two Green Ribbon Awards for this initiative, and California county offices of education have asked for guidance on how to replicate it. ELSI offerings in San Mateo County include capacity building for students, teachers and administrators; networks for convening environmental champions and community partners; career education; recognition celebrations; a website with resources; and customized technical assistance. See video

The Campaign for Fossil Free Buildings in Silicon Valley has contributed greatly to environmental and economic sustainability by dramatically cutting carbon emissions, improving health and safety, and saving money in initial construction and long-term building operation costs. Led by Diane Bailey of Menlo Spark, this coalition of more than 100 volunteers representing 33 nonprofit organizations in San Mateo and Santa Clara Counties has persuaded many local cities to avoid natural gas (a fossil fuel) in new construction by pointing out the benefits (less indoor pollution, better health, fewer residential fires) and overcoming fears that all-electric homes are harder to build by providing evidence from builders that have been constructing them for years. See video 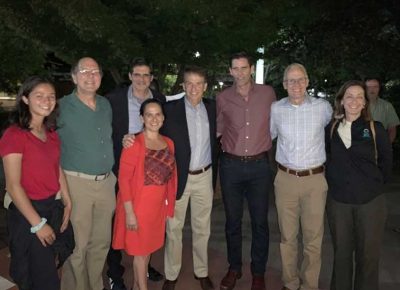 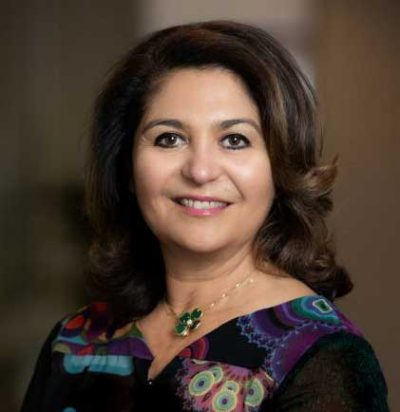 The Ruth Petersen Award, established in the memory of SSMC’s founder, was presented to longtime SSMC volunteer Afsoon Shahrdar. A 31-year resident of San Mateo County, Afsoon has been involved with SSMC since 2011 as a key volunteer on the Awards Committee. She joined the Board of Directors in 2012 and subsequently served as Chair (2015-17) and Vice Chair (2017-18). Originally from Iran, she earned a B.A. degree from U.C. Berkeley’s School of Architecture. She became a U.S. citizen in 1995 and immediately became engaged in community issues. In addition to her contributions to SSMC, she has served on the board of the League of Women Voters of North and Central San Mateo County and as the organization’s Membership Chair and Nominating Chair. Afsoon has been an active member of the San Mateo County Association of Realtors (SAMCAR) since 1988 and has served in leadership roles on SAMCAR’S Global Real Estate, Grievance and Professional Standards Committees.